Only property owners should have the right to vote.

This is not just a quaint notion of the Colonial era that went out with the waistcoat. Steve Bannon — who has the ear of the President-elect — reportedly “mused about the desirability of limiting the vote to property owners.” (citation) 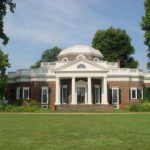 The founding fathers’ attempt to step away from the British nobility system did not move far from its roots. Being “landed” meant a man was part of the society; all others were not successful enough to be considered the stuff of democratic citizens.

At the time of the Declaration of Independence –when it was claimed that “all men are created equal”– there were 4 million African people and descendants of African people enslaved in the American Colonies. After independence, when voting rights were doled out, only property owners (white and Protestant and male) had them. Here’s what happened from there: (citation) 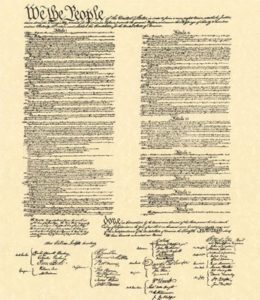 African-Americans and women needed to take to the streets to garner support for their voting rights. Laws on the books did not stop suppression of the African American vote or the use of literacy tests to suppress the vote of people who were poorly educated or naturalized citizens. Specifically, Irish-Catholics and African Americans were stymied in their exercise of this right by imposed tests and taxes. In recent years, voter identification rules have made voting harder for mostly poor, older, and minority voters.

When Mr. Bannon muses about rolling back voting rights to 1849 levels, he is harking back to the days when white, Protestant men were the decision-makers for their families, and for the country. I take his dream seriously; it would be a nightmare.

When [Julia] Jones [who worked alongside him as a partner on a Ronald Reagan film project] offered the rebuttal that such a plan “would exclude a lot of African-Americans,” Bannon allegedly quipped back in return that “maybe that’s not such a bad thing.”

Yes, it would be a bad thing.

Even in the affluent and “blue” state of Massachusetts, voting rights stripped back to landowning families would disenfranchise working class people, working poor people, and young professionals. That is so for all races and ethnicities, but it disproportionally is aimed at working poor, who are disproportionately Black or Latino. You and I both know that is the real target.

Why landowners won’t be the only voters, and shouldn’t be

These musings about a landowning requirement are a red herring. Land ownership is unlikely become the bar to voting in America. The logistics of vetting voters as landowners would lead to more disenfranchisement.

Bannon wants to bring us back to a time when only voices that sound like his would count. Only white, only male, only Protestant. Voter suppression is being aimed at those who are not “European” enough.

I am surprised that he’d even be musing about economic stability as a bar; this aims at his own political base. How could this possibly be in the interests of “the working man” who supposedly supported this upcoming presidency?

As a buyer’s broker, I have often counseled people to rent until they have the finances to buy with confidence. I do not want to live in a country where that advice would mean, “Give up your right to vote.” Do you?