A man lost his job in York, Pennsylvania because he went to the Hate Rally in Charlottesville this summer. I am not happy about this.

Bob Martin delivered food for a living. Then his picture, among a group of neo-Nazis in Charlottesville, flew around Twitter. There is no accusation that he participated in the property destruction or violence against people that other neo-Nazis were involved in that day.

The owner of the company that hired him got caught in the middle of a battle between civil rights and abhorrence of Bob’s political opinions. Although their agreement is private, Bob left his job because of the controversy. He did nothing wrong on that job. 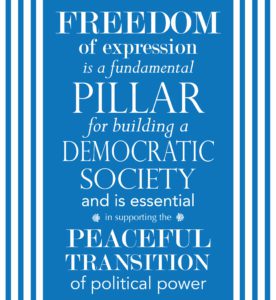 It is a huge problem. No one in America should lose their job because of their beliefs. The threat of unemployment does not belong in the America I want.

Company owners marginalized people on the left throughout our history. People were fired for refusing to sign loyalty oaths or belonging to the wrong social clubs. Communists were blacklisted (and could not work anywhere in their industry). Company standards of conduct marginalized (and some still do marginalize) counter-cultural people who wore their hair long, or refused to marry their domestic partners, or who had domestic partners of the same sex, or participated in counter-cultural activities while off work.

Nazi Bob lost his job because he went to a rally and broke no law during his off-the-clock time. He has a stronger case for keeping his job than Colin Kaepernick, who lost his job for protesting against racism on the job. Both caused controversy that cost their employer revenue. Neither failed to do his job. Neither should have become unemployed. You can’t have it both ways; either fire Bob and Colin or fire neither of them. I vote for fire neither of them. Civil rights means Americans can have opinions you hate.

It’s just too easy to think that a guy who is a neo-Nazi shouldn’t have a job among people he hates. He had been delivering food safely to blacks and immigrants. There were no complaints. He did nothing wrong. There is no accusation that he mishandled funds, or delivered cold food to minorities. There is no accusation of any kind against him, except that he holds hateful opinions about some of his customers.

It is a bad precedent that someone can lose their job for participating in a rally. Think about it. Should women be forced to leave the workplace now because millions of them wore pussy hats and carried signs?

But this is hate speech! Rona, are you defending a Nazi?

As long as Nazi Bob’s actions and Nazi Bob’s words are not encouraging harm to others, he is not speaking hate, legally. He is allowed to hate me. He is not allowed to encourage someone to hurt me. No one in York accused Nazi Bob of hate speech or violence in relation to his trip to Charlottesville. He was simply photographed there, among neo-Nazis.

(He had, however, been offensive enough to be banned from social media. So, I can believe he does participate in hate speech.)

But personally, what if Bob worked for you?

Bob probably would never work for someone like me. I am obviously Jewish and wear my politics pretty boldly. If I owned a delivery business, and Bob was on my staff and he did his job, I would find a way to keep him employed. I think I am moral enough to take the economic hit that might happen based on my actions. Some ideas: Give him a route where he was serving people that he did not hold in contempt. (The suburbs and countryside around York is heavily white.) Give him a job away from the public entirely.

The accusations made by those opposed to Bob were outrageous and easy to defend. Bob’s work record had no history of abusing access codes to gated communities or mishandling of credit card numbers, or any complaint of social disrespect. 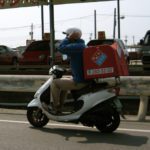 What would I do if Nazi Bob delivered pizza to my door?

I don’t know. I go back and forth between these ideas: