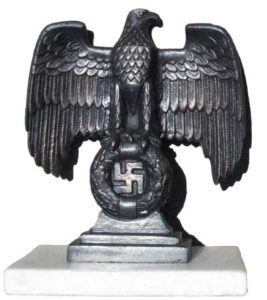 Middle school and high school students do not know the realities of life in Nazi-occupied lands from 1939-1945. They see the macho-powerful images of war machines and men in uniform, plus the strong symbols of the swastika, the Iron Cross, and the Nazi party eagle.

For Jews and others who had been targeted by Nazis, these images bring fear. Just like a burning cross or KKK hood are frightening to American Blacks, these symbols are meant to intimidate.

There have been ten incidents of swastikas and overt antisemitism in Massachusetts schools in the past 6 months. (see list below)

This is the stuff of history books. Or is it? 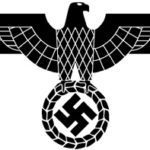 These symbols – those of defeated Nazi Third Reich – symbolize government-sponsored genocide of not only Jews, but also Gypsies, Jehovah’s Witnesses, homosexuals, blacks, the physically and mentally disabled, political opponents of the Nazis, including Communists and Social Democrats, dissenting clergy, resistance fighters, prisoners of war, Slavic peoples, and many individuals from the artistic communities whose opinions and works Hitler condemned. Many Americans are from families affected by the broad-scale genocide and are threatened by the symbol. source

An eye-witness described daily life in German-occupied lands this way:

During the five terrible war years, we could not indulge in simple pleasures that life offers to normal people. All our efforts were directed towards fighting the enemy and surviving. Now, for the first time since September 1, 1939, we could unwind and be normal again – to walk the streets without the fear of hearing the hated “Halt!” without the fear of being rounded up by the Germans and pushed into military trucks. No more “Achtung, Achtung!” coming down from the street loud-speakers. No more ghettos, no more starvation, typhus, gas chambers, Einsatzgruppen [killing squads]. The intense fear and persecution were over.” source 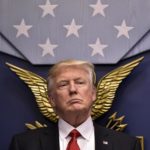 Eagles and brass are showing up in the official photo shoots of our President. Even if he, personally, is not a Nazi, he is pandering to that audience. We can all agree that this President understands the power of personal branding.

The presence of the eagle behind the President made me cringe, subconsciously; it took me a few minutes to see why. All that brass behind him in the second photo pushed the same buttons for me. If I see echoes of Nazi images, I am very sure others do, too. My concern is that the echoes of Nazi power are not lost on adolescents. These strong and macho images appeal to adolescents; they seem cool. 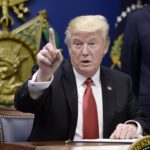 Nazi Europe was a place where anyone on the street could be asked to “show papers” and be taken into custody in an arbitrary fashion. Increased attention to Homeland Security  is moving America in a similar direction. Are you ready to carry papers to insure domestic safety? Where will you be drawing the line to protect the freedom we love in America?

Schools where there were antisemitic incidents in the past six months: