I knew why some kids failed this psychological test. Do you?

A pre-schooler was left in a room, alone, with a marshmallow. They were told that if they ate it, that was all they would get; but if they didn’t eat it for fifteen minutes, they could have two marshmallows.

The marshmallow test was a longitudinal study of children who were at the Stanford Day Care Center in the 1960s. The idea was to sort out who had the will power to resist the temptation. Then, the researchers followed the progress of these children over time. For decades, they collected data on how well the group who ate the marshmallow fared, compared to the ones who could wait. In the 1990s, the study was published, saying that children who could delay gratification did better in life.

Raise your hand if think you see the bias built into this study. 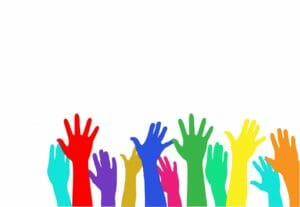 If you grew up in a family that was intermittently without funds or food, you might immediately know why some kids failed the test. I knew because I would have failed it.

In the 1960s, there was a trend in social science that sought behavioral or characterological explanations for social ills. Since then, some of these studies have come under scrutiny.

In this study, it sounds reasonable to assume that children who can delay gratification have the social-emotional skill to do their work before playing, to study hard and get into good colleges and professional schools, to save money for the things they want, and other habits that lead to financial (and sometimes) personal success. Logical, right? Maybe.

What the study ignores is that children who are from poorer families may run out of food, sometimes. These children knew — even at their tender pre-school age — that there are no guarantees that there will be a second marshmallow. These same children are likely to go to public schools and public colleges, which hold lower status in the elite job markets. They are more likely to work full or part time while in school. Their diets may be less nutritious, overall, leading to poorer health outcomes. In sort, there are other reasons they did not grow up to be as affluent as the children who came from more economically stable households.

Researcher Walter Mischel of Stanford (author of the marshmallow study) thought he was showing a character trait – the ability to delay gratification – by asking children to wait for their marshmallow.

How to manage scarcity (of time or material) is a line of inquiry currently in academia. It is in the category about time management and decision making: the place where economics and psychology meet.

I will be reading Scarcity: Why Having Too Little Means So Much. The book addresses not only why poor people spend money on things they can’t afford, but also why businesses can’t manage time and dieters can’t resist temptation. I will be disappointed if this work is just more poor-people shaming, fat-shaming, and further theories that if they (those bad managers, those fat and poor people) can think like there is no scarcity, we can magically learn how to overcome it.