The Senate, where Republicans have the majority and Senator Mitch McConnell of Kentucky has been the Majority Leader, has simply refused to look at them.

Now, that’s not entirely fair. The Senate has endorsed bills renaming federal post offices or Veterans Affairs facilities. It’s also acted to keep the National Flood Insurance Program from running out of money. Good work–but a lot like washing the dishes at home. Things get messy if you don’t do it, and if you do that work, it just keeps the place from stinking.

What’s in those hundreds of other bills? How would you and I be better off if the Senate (and the White House) were controlled by people who agree with the Democrats in the House? 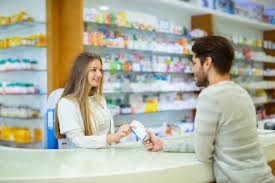 Here’s just one area where we would be better off: drug costs. If Congress and the White House were in Democratic hands, we’d have generic drugs sooner and cheaper.

Right now, drug manufacturers can keep anybody else from competing with their generic drug by not actually putting the drug on sale. This is called “parking” the drug.

The first company already has 180 days when it is the only one with the right to sell a generic version of a brand-name drug. That’s bad enough! But by “parking” it– delaying bringing it to the market—the first company can discourage other companies from even developing a generic drug.

That keeps prices high, potentially for a very long time. And so the first company can choose to sell that generic to you and me at a high price instead of us getting to shop around.

If Democrats controlled government, H.R. 987 would already be law, and “parking” generic drugs to try to scare off competition would be illegal. (It would also be illegal for makers of brand-name drugs to pay off makers of generics so they don’t sell their cheaper products to us.)

You and I would save every time we went to the pharmacy.

Here’s one more way we would all be better off if the Senate were more like the Democratic-run House: more people would get health insurance under the Affordable Care Act.

H.R. 987, the same bill that would bring us cheaper drugs sooner, would:

The result? More people would get health insurance. They’d get insurance that actually covered the healthcare they needed. They wouldn’t get as sick, and fewer of them would end up in expensive emergency room care that you and I pay for. We would all win.

We’ve been targeted with anti-government propaganda. Don’t believe the hype!

Why do we have a federal government in the U.S. anyway? The preamble to our Constitution is pretty clear about that. Government is there

to form a more perfect Union, establish Justice, insure domestic Tranquility, provide for the common defense, promote the general Welfare, and secure the Blessings of Liberty to ourselves and our Posterity…

Government could do all that—if people who believed in it ran the government.

Instead, for decades, the Republican party and the think tanks, pundits, and media who are its official or unofficial allies have sold us a bill of goods. They’ve tried to tell us government is the problem.

The truth is, it’s a problem for them! But not for you and me.

The solution is for those bills to get off Mitch McConnell’s desk. But that’s not going to happen as long as people who don’t care about you and me control most of the federal government. They want us to believe government can’t be a way for us to help ourselves—and they’re determined to show us that, by keeping government from acting.

Don’t believe the hype. We can have a government that works for us, if we get rid of the government officials who are against us. 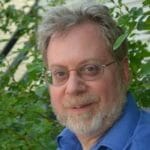 Dennis Fischman is a former professor of Political Science and a communications consultant. He blogs at Communicate!