Another good question from a Happy Homeowner:

Do you have any knowledge of solar panels?  Specifically, we are thinking about leasing a system from _______ and I thought you might have some input.

I have looked into this for my clients. Leasing Photovoltaic (“Solar”) system creates problems for sellers, if the lease is in place while you are trying to sell.

“One distinction that shouldn’t go overlooked in the Berkeley Lab study is that how you finance solar panels matters a lot. The figures I’ve quoted above are for solar power systems owned by the homeowner, not leased. In fact, Bloomberg reported last year that there’s evidence that leased solar panels actually take value away from your home, particularly in parts of the country where solar panels aren’t commonly installed.” Source  (bold print, mine.) 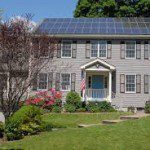 If the lease on the Photovoltaic (“Solar”) system is $200 a month, then the lender must document that the borrower has the income to qualify for that extra $200 a month. The borrower is going to have to pay the lease, so it counts against the borrower’s debt ratio, just like a car loan or a student loan; the lease becomes part of their overall debt. Some borrowers will not qualify to borrow enough to buy the house, when that added debt is part of their credit profile. The new owner is seen to have a built-in extra cost (even if it reduces the electric bill.)

The thing to do is to check the PV “Solar” lease. Some will convert the debt to a promise to forego credit for electrical power generated to the grid. This will not trigger the same problems with a lender. 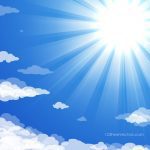 I also wrote about what systems that you buy are worth on resale here.

Anything else on your mind about solar power for your house?