In 2016, Mayor Joe Curtatone stood firm that our city will continue to act as a Sanctuary City.   This has raised many questions for people who live here and people who read about it in the news.

(if you are looking for Happy Homeowners, the real estate blog, it has moved here.) 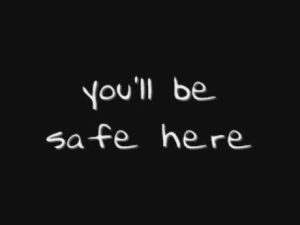 Sanctuary cities instruct their municipal employees  not to ask residents about their immigration status. This allows immigrants–documented or not–to have equal access to the benefits of police and firefighting services, public education, and other public programs in the city. The police do not prosecute them solely for violating federal immigration laws. The police will not cooperate with Federal immigration authorities, if those authorities conduct raids in the city.

There are many sanctuary cities and counties in the United States.  In addition, the entire states of Alaska, Maine, and Rhode Island hold Sanctuary status. If you are interested in supporting Sanctuary for all of Massachusetts, here is an action you can take. Somerville’s Mayor, Joe Curtatone, continues his outspoken support for Sanctuary. Other, bigger cities are taking similar stands. New York and San Francisco, among them.

What is the history of this movement?

The history of sanctuary  harks back to the roots of Judaism and Christianity. In the Torah, setting up sanctuary cities was one of the first commandments the Israelites were to follow when they entered the Promised Land. The founding story of Christianity–that of Joseph and Mary finding no room at the inn-–underlines the virtue of helping the stranger. This message continues through the teachings of Jesus. Medieval Christians practiced sanctuary as a sacred duty.

In American history, sanctuary was prominent in Christian (and others’) participation in the Underground Railroad. This program provided (illegal) safe homes to runaway slaves. Because slavery was immoral, sanctuary providers believed it was right to break the law.

Later, sanctuary was also practiced by churches that housed meetings for the American civil rights movement in the 1950s and 1960s. One of these sanctuary churches–the Sixteenth Street Baptist Church in Birmingham–was famously bombed in 1964. The killing of little girls at church sparked national outrage and support for the civil rights movement.

Even later still, in the 1980s, oppression in Central America led to a stream of refugees into the U.S. Activists illegally assisted people to shelter in the United States. Eventually, the injustice of the (American-backed) governments in these countries was acknowledged and the activists who aided the refugees did not have to serve prison time for their humanitarian action. At this time, Somerville, Massachusetts — where I live — declared itself a “Sanctuary City.”

Brandeis University, in Waltham has declared itself a Sanctuary Campus. So has the University of California system.  There are so many places considering this, a single list is hard to find. To see this movement grow, search Twitter for the hashtag #Sanctuarycampus.

A Sanctuary campus will have policies like those at Brandeis: 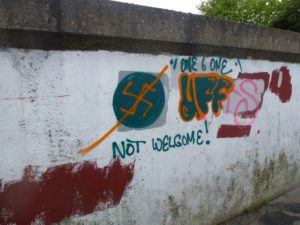 Elizabeth Allen, Associate Professor of English, University of California, Irvine explains why a University should stand with sanctuary:

“In declaring sanctuary campuses, administrators have a rich symbolic opportunity. When universities publicly resist attacks on immigrants, religious minorities and people of color, that speaks to their core purpose.

Universities are, by definition, sanctuaries. To declare them sanctuary campuses would emphasize that they are spaces where students and faculty are free to think in innovative, critical and varied ways without harm to one another.” 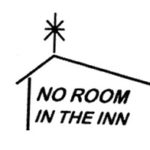 Remember, I mentioned the Sixteenth Street Baptist Church. This is the idea for 2016. It is only the beginning. Churches are beginning to consider the options. Expect to see more examples in the news. You can follow Sanctuary activities at this website.

In 2017, will there be room at the inn? Will your city, house of worship, or university be the one providing it?