Sociologists study human social behavior. They coined the term “collective action problem” to describe why people don’t act for the good of themselves, if the good also is shared. Public health measures during the pandemic, like wearing masks, are an example.

People resist acting for the public good because it is costly and the benefits go to everyone.

I hear these kinds of statements:

I don’t know anyone who died from this, I want to go back to work.

I don’t know anyone who died from this, I want schools open.

I don’t breathe as well in a mask, so I won’t wear one when I run.

Mask effectiveness is not fully proven, so why should I inconvenience myself?

The vaccine was made in a hurry, I don’t think it is safe. So, I won’t get one.

Thus, individuals “free ride”—they do not produce the good in the hope that someone else will.

These are statements that free riders will make:

If other people wear masks, great. I will stay home until this is over. Since I won’t be out much, I don’t need a mask when I go out.

Other people will get the vaccine. When enough of them do, the pandemic will end.

Ultimately, all parties are considerably worse off than if they could credibly agree to produce the good despite its costs. [source]

Will people change? Unlikely, unless there is a cultural shift

In America, many people value the ideal of the rugged individual, who succeeds on their own terms. This is the cowboy. This is the “rags to riches” story hero. These stories persist, in many forms, including misconceptions I exposed in my last week’s blog about the Youth Poet Laureate, who spoke on January 20th.

Everyone loves a winner. Americans like to think winners win on their own terms, without any help. This is the downside of this self-made man myth: If winners don’t need the help of society, why should society expect the help of winners?

Rarely do so-called “self-made” people not benefit from what America has to offer. Public health measures that led to clean running water, flush-toilets, residential electricity, and central heating are the norm in America. The idea that a household or community is doing without any of these is (or should be) shocking to us.

When America switched from well water to municipal water sources, there was inconvenience. When electric lines went in, inconvenience. Gas lines, too. When internet cable was installed, inconvenience. We put up with that for the benefit of having water, electricity, gas heat, and internet. 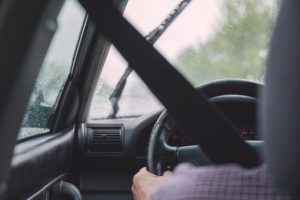 There is resistance to public health measures that are not infrastructure. Even when the personal cost remains low, there is resistance. Example: wearing a seatbelt. It takes a couple of seconds, it makes getting something from the back seat more awkward.

To increase safety, the Massachusetts legislature allowed the police to ticket people for not wearing their seatbelts (to increase compliance).  Massachusetts voters voted out the seatbelt law by ballot initiative in 1986; and again in 1994.  The argument against mandatory use of seat belts was this: We can’t let the government tell us how to take care of ourselves!  It is our autonomy at stake! This is the same instinct as “Don’t tell me I need a mask, I am not sick!”

The legislature took this risk that there would be few single-issue voters who would not re-elect them if they repealed this law. They paid more attention to the Center for Disease Control, whose statistics overwhelming support seat belt use: “Among drivers and front-seat passengers, seat belts reduce the risk of death by 45%, and cut the risk of serious injury by 50%. Seat belts prevent drivers and passengers from being ejected during a crash. … More than 3 out of 4 people who are ejected during a fatal crash die from their injuries.”

Along the Asian side of the Pacific Rim, it is part of the culture to wear masks on the subways and crowded areas during cold and flu season. It is just considered smart and courteous. People there saw the public benefit of not sharing germs, and it became the norm.

In America (and Europe, and elsewhere), indoor social smoking has become less common. People saw the public benefit of reducing smoke indoors. Businesses adjusted, and so did personal customs. That could set the pattern for wearing masks.

These shifts take time. It is likely that some Americans will be wearing masks during cold and flu season from now on, like the Japanese, Thai, Chinese, and Vietnamese. It may be because these countries had lower Covid-19 rates and fewer deaths, per capita. It may be because some Americans realize that it will help them to not get sick as often, in addition to slowing down the spread of a disease for everyone. It will be hard to measure what will be motivating the mask wearers, when the pandemic ends.

Masking saved lives in countries that could enforce mask use

Regions with an early interest in face masks had milder COVID-19 epidemics, according to a new letter-to-the-editor published in the American Journal of Respiratory and Critical Care Medicine.

In “COVID-19 and Public Interest in Face Mask Use,” researchers from the Chinese University of Hong Kong shared findings from their analysis of how public interest in face masks may have affected the severity of COVID-19 epidemics and potentially contained the outbreak in 42 countries in 6 continents.

The authors noted that “In many Asian countries like China and Japan, the use of face masks in this pandemic is ubiquitous and is considered as a hygiene etiquette, whereas in many western countries, its use in the public is less common.”…

“Despite [Hong Kong’s] proximity to mainland China, its infection rate of COVID-19 is generally modest with only 1,110 cases to-date. This correlates with an almost ubiquitous use of face masks in the city (up to 98.8 percent by respondents in a survey). Similar patterns are seen in other Asian areas, such as Taiwan, Thailand and Malaysia. To date, there are more than two million cases in the U.S. and more than one million cases in Brazil. [data as of June 24, 2020]

As cities in the U.S. and elsewhere put re-opening plans into effect, Dr. Wong said the use of face masks should be encouraged: “Face masks can help slow the spread of COVID-19, and have a relatively low cost compared to the health resources and death toll associated with the pandemic.”

He added, “We believe that face mask use, hand washing and social distancing are all important components of the non-pharmaceutical measures against COVID-19.” [source]