There were four ballot questions about worker pay and taxes set for the 2018 election in Massachusetts. They won’t be on the ballot, even though polls showed they were popular. They were passed, instead, through legislative action. It has been nicknamed, “the great bargain.”

The ballot initiatives were to increase of minimum wage, create paid family leave, create an annual tax-free weekend, and create a tax on income over $1M a year.

The first three became law ahead of the balloting. The last one, a tax on income over $1M a year, got thrown out by the Supreme Judicial Court.

By taking on minimum wage, paid family leave, and tax-free weekend, the legislature could take control of how the laws would be written, instead of letting the inevitable November vote make these laws without legislative input.

The good news for workers: 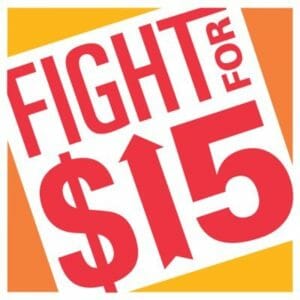 All workers — even those who are not salaried — have their jobs protected if they take time off to bond with a new child in the household or to care for a seriously ill family member. They must be given their position — or one of similar responsibility and pay – when they return. Employees will be paid (a percentage of their salary) for 12 weeks maternity/paternity leave and 20 weeks family sick leave. This will be paid out of government funds generated through a new payroll tax. 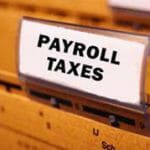 Employers and employees are both going to pay into this. The estimated cost for workers is $4-4.50 a week.

The bad news for workers:

No overtime pay for Sundays and holidays.

The big change, based on this legislation, is that employers are no longer required to pay more for Sunday and holiday shifts.

Sundays? “Blue laws” were laws that kept retail business closed on Sundays, so as not to interfere with Christian Sabbath. These laws have been removed from common usage over the past forty years or so. Working on Sundays was more disruptive when almost everyone had almost every Sunday off. Those blue laws are gone, and so are Sundays off. Now, so is a higher rate of pay on Sundays.

Holidays! For the people who work on holidays, you’ll be doing it at regular pay now. Employers may still pay you time-and-a-half or double-time, but they don’t have to. Workers who are not making extra pay may just say, “No” to the Thursday afternoon shift on Thanksgiving. I am curious about how this one will play out. I wonder, will this reduce the holiday work force?

What about that last ballot initiative? The one that got thrown out by the SJC.

The so-called Millionaires Tax ballot initiative would have taxed income over $1M a year at a 4 percent rate. That revenue would be earmarked for education and transportation. Apparently, it is against the rules for a ballot initiative to create a tax and also require what it will pay for in a single ballot initiative. It was because the ballot question stipulated where the revenue was to be spent that the Supreme Judicial Court disallowed it.