This year, Chanukah came and went in the beginning of December. I like it when this happens. It spreads out the time I get to play with friends. I enjoyed Chanukah celebrations on the first weekend in December, then can celebrate holidays with Christians and Pagans later in the month.

I get it that no one knows when Chanukah is. It does not match the normal calendar that is used internationally for business.  I am a Jew, and I have to look up my holidays, too.

That creates a responsibility for non-Jews to pay a little attention. Chanukah is going to come sometime between the very end of November and end no later than the first week of January. Any town or city that has a Jewish population will include Chanukah – at least in some token way – along with any municipal Christmas celebrations. This may mean a lighted tree and a lighted Menorah. This may be a chorus that does 25 Christmas songs along with a Chanukah tune or two.

The City of Medford, Massachusetts stepped in something brown and stinky this year. I understand how it happened. I feel a little bad for the entry-level staffer who made the mistake; she really did not know enough about Chanukah to realize the depth of her blunder. It is an easy internet-spawned mistake to make. She found a graphic explanation of a menorah; wow, great pick for the display!

Here’s what happened in Medford:

Medford created a winter holiday display which included Chanukah and Kwanzaa, as well as Christmas. It should have included Solstice, but that’s another story! The picture used for final display was not vetted by anyone Jewish. It turned out to be deeply heretical and anti-Jewish in the eyes of most Jews.

There was an apology and a promise to do better. It read:

“We sincerely regret the harm and are committed to learn from this mistake,” the apology said. “Going forward we will consult faith and community leaders, include their experience and expertise in our event planning processes, and ensure that every public-facing item is represented appropriately and accurately.”

The apology followed a day of meetings and conversations, according to Rabbi Braham David, who leads Temple Shalom in Medford…

Rabbi David wrote that he had spent the day speaking with other local rabbis, Jewish community members and clergy from other religions. He also said he had reached out to Medford’s mayor, Breanna Lungo-Koehn, to discuss the situation.

“She expressed deep regret on behalf of her staff and the mayor’s office for this careless error.”

How to make a real apology

As I have written before, there is a formula for making a real apology. Medford made an apology and promised to do better. If they habitually include Jewish leaders in public information about Jews from now on, this is progress. Time will tell.

That is the formula for a true apology, without ever using the words, “I am sorry” or “We are sorry.”

Nothing about us without us. Ask someone from the group involved!

There is a rallying cry for personal rights that I first heard from deaf people, and is used by deaf, blind, mobility impaired, and other people who need accessibility and reasonable accommodation. It is “nothing about us without us.” Simply put, if policy or plans are being made for people who use wheelchairs, ask people who use wheelchairs whether the policy or plan would work for them. Policy makers don’t know what the needs of wheelchair users are as well as wheelchair users do.

The same thing is true for ethnic minorities. There are lots of stories about bad translations done in the name of inclusion. The way to translate is to ask native speakers of the language to review a late draft of the translated statement. 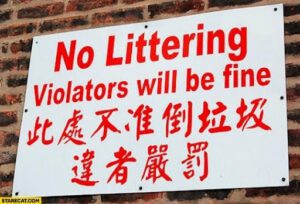 Asking a Jewish person about what a Chanukah menorah (also called a Hanukkiah) looks like, would have been easy. It is not like it is hard to find a Jewish person within five miles of Medford, Massachusetts City Hall!

Why is it such a big deal that a Messianic Jewish menorah was used?

Messianic Jews believe that Judaism and Christianity should not have split into two separate religions. What most Jews have against them is that they evangelize Jewish people to follow Jesus. They used to call themselves “Jews for Jesus”, but found that the new name, “Messianic Jews,” was more effective in inviting Jewish people to their worship services and teaching them to love Jesus.

Messianic Jews celebrate Jewish holidays, but they also believe in the divinity of Jesus. For mainstream Jews, anyone who believes in the divinity of Jesus is Christian, not Jewish. The menorah that the unwitting Medford employee chose for the display was deeply not Jewish. It is antithetical to Judaism to see a Jewish ritual object (a menorah) used to venerate the resurrection of Jesus on the cross.

A picture of a menorah intended to explain the object’s symbolism was actually a Messianic image in which the menorah’s branches were described as symbolizing the “cross” and “resurrection.” [source]

Jesus’s followers worshiped as a sect of Judaism during his life and after his death. They broke off to form what is now called Christianity generations later. Messianic Jews think that the mission of Jesus involved Jews and should have stayed within Judaism. A good book on the subject of how Christianity emerged from Judaism and the Jewish society that Jesus knew is The Misunderstood Jew, by Amy-Jill Levine. Dr. Levine is an expert in first-century Judean history.

If Christians were in the minority, what happened in Medford would be like a city government explaining Ash Wednesday like it was Mardi Gras – a day of feasting and celebration – when Ash Wednesday is a solemn holiday that is the opposite of the excesses of Mardi Gras. How would that feel, if you were a minority and the majority religious misrepresented your beliefs and practices?

It seems like the mistake was just that, a mistake. It is the kind of thing that can happen when working with an internet full of images. The real fault was not having a Jewish person see the display before it was completed. The wrongness of the menorah would have been obvious, then the problem would have been easily corrected.

Medford’s elected officials have promised to involve Jews in informational displays about Judaism. That will solve any future problems, before they happen.

Merry Christmas to all Christians in Medford, goodwill to all!