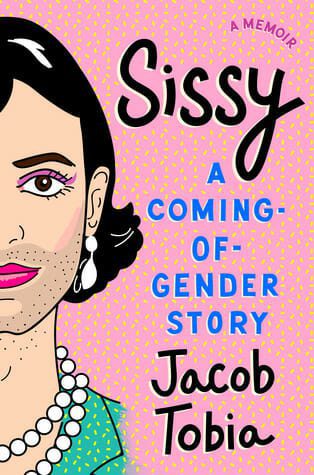 There is a brave new world for understanding humans. No one fits perfectly into the categories of male and female. Some of us just don’t fit comfortably in either box, mostly, or at all.

Before this recent generation of young adults, people who didn’t find a way to fit in a male or female box basically had two choices:

No one fits perfectly

Think back to your own childhood. Were you ever told not to do something because it was “for girls” and you were a little boy, or vice versa? It goes far beyond what you wore. It included toys and games that were for boys, for girls, or both. It included behavior, like boys don’t cry, girls don’t have muscles. It was OK to play in mixed groups, until it got too rough for girls or too intimate for boys.

Statistics show that 1.7 percent of American are born intersex. Intersex means that their bodies are not entirely male or female. The medical advice generally given to the parents is to pick one. That is 1 or 2 people out of every thousand who were assigned an identity.

That doesn’t mean that your plumbing, your genes, or your hormones have to be not-all male or not-all-female for you to feel like a misfit in your gender. Gender holds a long, long, long list of what women and men should be.

I can name a dozen ways that I am more male than female. It’s not how I look: I present female. But those who know me, personally, can see many traits that are typically male. I came to peace with my maleness, but there was struggle; I don’t think I am unusual in that way. In what ways do you come to peace, or stifle, your traits that fit better in the other gender?

About Sissy: A Coming of Gender Story

On Goodreads, I reviewed the book as follows:

Remarkable memoir, especially from such a young adult. This book is for anyone who wants to understand gender. It’s for anyone’s internal tomboy girl and sensitive boy, straight or gay, gender conforming or not. It’s for the friends and parents of gender nonconforming people, who want an example of a life facing this transition.

Jacob Tobia does a good job of explaining the social history of gender nonconforming people, in general, while telling a personal story. This book is accessible to people who don’t know any nonbinary people. Jacob transitions from he to they. His parents transition, too, from “his parent” to “their parent.” None of this is easy. Most of it is told with humor and grace.

The audiobook gets all the nuances of tone. I enjoyed it more than I think I would have enjoyed reading it on the page.

Current demographic studies of transgender and nonbinary people are muddled because the surveys and studies have not settled on the right questions to ask. Are “genderqueer or gender nonconforming” people transgender or nonbinary? If a transgendered woman has only one choice, does she choose “transgender” or “woman”? In any case,  studies show that over a million Americans are transgender/gender nonconforming; the trend is here.

It is more prevalent in the generation of young adults, probably because they are more supported now than ever before in American society. However, transgendered women (and particularly POC women) face high rates of violent crime. This is not an easy road to walk down. Do not make the mistake of thinking that this is a frivolous choice that young adults are playing with.

Transgender, until recently, was a term used for people who were told they were male at birth, but felt and acted female, or vice versa. This is not a brand new thing! Every culture in the world has people in it who have a male identity at birth and grow up to be female, or vice versa. They donned the dress of the other gender and lived their authentic life. There are several folk songs about women who bound their breasts and took to the sea, like The Female Rambling Sailor.

It was after World War II that surgical techniques were developed to reconfigure genitalia to match a person’s identity. GLAAD.org begins the history with Christine Jorgensen in 1952. As you can see, however, it goes back much further.

For some, being female or male was a way to live an authentic life. For transgender people, they became authentic in the gender they were not born into.

It is also not brand new to humankind that some people do not belong at either pole of the gender binary. Not female. Not male. The inclusion and honoring of people who were both male and female was known to cultures in the Americas, and also in Asia. They were prized by some Native American communities, where they were called “two-spirit” people.

Nonbinary people are speaking out. If you don’t know anyone to speak to about this, read the book. If reading a book is too much for you, consider one of these blog posts from GLAAD.org.

In America today, many young adults are seeking to find a way through adulthood without a label of male or female, he or she. If they want to be called “they,” let them.