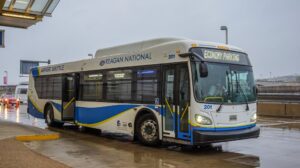 In an airport that I am unfamiliar with, when I had only half my brain on where I was and where I was going, the perfect bystander intervention event transpired. It was like this stranger had taken my class, studied the way to intervene, and took the lead. It was a great relief to me to see how naturally this stranger did almost exactly what I teach my students to do. At that place and at that time, I did not have it to be a leader. I was grateful there was a leader who I could follow.

We had just returned our rental car at Reagan Airport in Washington, DC and were heading home after the funeral of my husband’s brother. It was mid-afternoon and there were not many people around. There were about five people on the shuttle bus to the terminals.

Outside the bus, in the bus stop area, a young woman was crying and screaming at someone over her phone. Her body language said she was not in control. My first thought was that she was panicking at being lost. Before I could open my mouth, the person next to me on the bus said what I teach my students to say:

“Do you think she is OK? Should we go help her?”

As we made eye contact and began to get up, the woman hung up her phone and started texting someone. Her body language calmed down. She seemed intent on her text conversation. Again, the other bystander took the lead:

“She looks OK now. What do you think?”

I got up and moved to the front of the bus, partly to get a better look at her, and partly so she could see me. Her body language read, to me, like she was back in control of herself and her situation. I told the other bystander that. We both watched her until the bus pulled away. This all took a minute, or two, or three. It was fast.

By that time the bus pulled away, another five to ten people boarded the bus. They noticed nothing unusual about the woman who was still texting at the bus stop. She seemed entirely in control of her situation.

The active bystander who was on the bus with us was using the technique of recruiting allies. She was looking to see who else might be willing to help her help this screaming woman.

She also was calling attention to the situation. This provided the bystander with another set of eyes to evaluate the situation. We could not know whether this woman would lash out at a stranger. We could not know if this woman was in a condition where her sense of reality was impaired by mental illness or drugs. We both were evaluating that when she calmed down as suddenly as she flared up to screaming. It was clear to both of us that she had a sudden moment of needing to scream off some tension, then she set about solving the cause of the problem.

Both of these techniques – recruiting allies and calling attention — add safety to the active bystanders and to the person in conflict. If the screaming woman did not calm herself and needed active intervention, the two of us would be more effective, and more safe, than one of us. 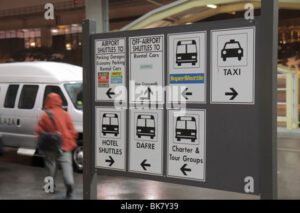 Sometimes no action is the right action

This woman had a moment of utter frustration about something, then got to business resolving it. The best outcome when someone loses control in a public place is that the person finds a way to settle themselves. It is best for their autonomy for no one to intervene, if they can get a hold of themselves.

Had we rushed to her side, she might have been embarrassed. She might have then needed to relate to us the story of what made her so frustrated (thus prolonging her misery). Either would have delayed her getting the resolution that seemed to be coming to her by text.

Feeling less alone in the world

Being called on to be an active bystander while I was in a state of acute grieving is not something I would hope for. It’s about the last thing I was in the mood for that day. But, I was in the presence of someone else who understood the importance of caring for strangers. I was with-it enough to follow her lead. It worked out well.

On reflection, I feel grateful to see a live example of someone doing the work that I have been teaching other people to do. The word is getting out. It is not hard to know what to do. It is easier to do, when more people know how to effectively help a stranger in distress.