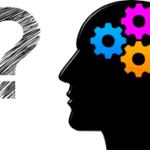 Could you take the lead in a bystander intervention? Do you know the cues to look for, in order to decide what is safe to do?

Jessie Stickgold-Sarah prevented what could have been a fight on the subway between Central Square and Davis Square. Here’s her story. Link. 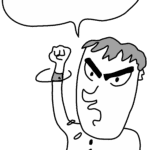 Jessie got on the subway and saw a young black man being goaded by an intoxicated older white man. She noticed they were shouting. Her instinct told her that if the young black man lost his temper, this would get ugly.

She planned before she intervened. She observed and looked for cues about safety.

She noticed many observers, some muttering attempts to cool things down. Lots of tension. No direct threat to anyone by the young black man. No threat to her!

Jessie moved closer and joined the voices trying to cool this down. When the black man said, “you fuckin’ white people” she intervened with the apparent harm-doer.

When the target (the young black guy) left the area, the older white guy started taunting him again. By now, the intervener had made enough contact with harm-doer to keep him engaged and discourage him from re-engaging with his target.  Things that worked:

What emerged was that a drunk veteran got on the train and found blood all over it. The young black man had cut himself. The veteran was set off by the mess. That’s what began the verbal slanging. In the best cases, the listener also finds out what created the initial upset. (In this case, a young man cut his hand and bled profusely.) By the end of the incident, the intervener was an ally in agreeing that the subway was bloody and something had to be done. 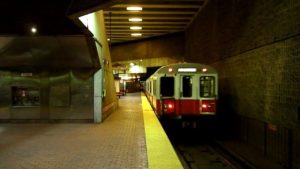 Meanwhile, they arrived at Davis Square. The harm-doer left.

Second Round of Intervention

The train was delayed as the MBTA officials were forced (my opinion) into paying attention. The intervener had to bring out conflict-resolving language, again, to address the ordering-around attitude that the MBTA people adopted.

She then used conflict-resolving language, yet again, to soothe the tense waiting people on the platform.

Everyone saved face. No one is hurt. Jessie Stickgold-Sarah is an everyday hero! She did it. But, she did not do it alone. She writes:

All of these people were essential to the success of this intervention. I can’t emphasize that enough. If you are wondering what you could have done to help, BE ANY OF THESE PEOPLE. The people watching and murmuring; the other woman making it clear she had my back, and then putting her foot in the door so the train couldn’t leave.

I am teaching this stuff,  but I am not the only one. No matter how bold or reserved you are, you will benefit from knowing how to intervene. You will use those conflict-cooling skills at work, and maybe at home! You will benefit from thinking about it, and knowing what you can and can’t do.

A situation like this is unlikely to unfold before your eyes. But, you can be part of the solution, if it does.

There are trainings happening all over, from different trainers with different styles. Boston area trainers are forming a coalition. We are in this together! Find us on Facebook or on the web.