In a recently published incident, a Black professional man was subject to false accusations and the N word on a crowded commuter train. Here’s the full story.

The Black man found himself standing very close to a White woman on a commuter train. She began accusing him of touching her. She called him the N word. She insulted his intelligence. She became loud enough that the Black man was concerned that he would be arrested, even though he was not touching the woman and was trying to ignore her.

A White man was an active bystander and intervened. First verbally. Then verbally, again. When this failed to stop the aggressive White woman, the bystander physically changed places, so that he was in close proximity to the aggressive woman and the Black man had some buffer.

In retrospect, the Black man implores White people to intervene. Please! There were about 20 people who were in close range of this incident, but only one came to his aid.

Advice: Speak up. But, before you speak up, draw the attention of others around you to the unfolding hostile incident. This will make things safer for you and for the target of the verbal assault. 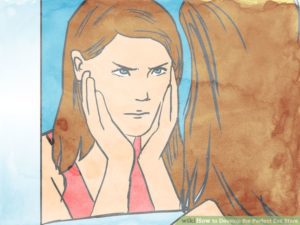 What else could the bystander have done? Recruit allies to look up!

When someone is being a bully and everyone around casts their eyes down, the bullying can go on, unchallenged.

But, if people look at the bully, some bullies will realize that other people in the room have power and are not intimidated by the verbal abuse. Some will feel outnumbered, which will sap his strength. Some have the self-awareness to be embarrassed. That may be enough to get the bully to run out of venom and settle down. 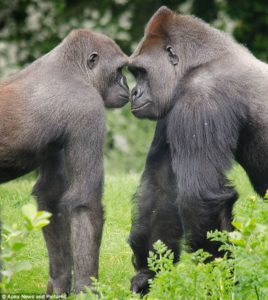 It is natural to cast your eyes down when someone is exerting power. If you look up alone, you may draw the fire from the bully. “What are YOU looking at?”

But, if you can get even half the people in the vicinity to look, a change in the atmosphere can happen. Here’s a firsthand account from November 2016.

Ways to say “Look Up!” around aggression

What kinds of things can you say to someone using hate language in a public place, once you have an audience:

If you are not bold, you can speak to people around you, and not to the aggressive person. Hopefully, a bolder person will speak out loud: