Twice this calendar year, I’ve heard from a woman participant in Active Bystander class that she just cannot stand by when abuse is happening. 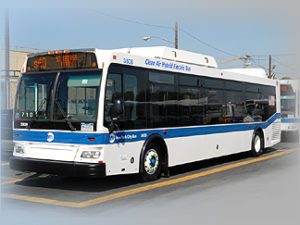 Participant one: She stood up for a bus driver. He was being berated by a passenger who was in a hurry. The bus was not due to leave for another [some number of] minutes, but the passenger was not accepting the wait. My participant yelled at the impatient man, saying something like, “The driver was at work, so he couldn’t fight back. I just couldn’t stand it, so I spoke up.”

My participant yelled at the man. Saying we all have places to be. The driver is doing his job. Leave him alone.

I said, that could leave you open to verbal abuse by the aggressive man.

She said that, yes, that’s exactly what happened. He started screaming at her. But she didn’t care. It was wrong, and she could stop it and did not care that she was then called all manner of foul names.

As an Active Bystander trainer, I contend that she would have been more successful and safer had she recruited allies on the bus to speak up with her. Then two things would have happened:

Participant two: She has a strong aversion to men who bully women. She almost got killed because of it. Her story is that she broke up a violent episode between a man and a woman at a party. Everyone at the party saw that a man was throwing a woman (who may have been his girlfriend) against a wall. My participant tried to get other people to help break it up, but no one agreed to help, so she went over anyway.  The next thing she knew, she was up in the air, being choked. Then, she heard a man behind her say, “PUT. HER. DOWN.” In retrospect, my participant thinks she could have been killed. I agree. My participant says, if she had to do it again, she would. If she died, so be it.

Taking the lead: Once one person responds to verbal or physical abuse, it makes it easier for someone else to act with them. There is a bravery in being the one to “break the ice.”  Once my participant (who is an average to small woman) began to approach the violent man, another man followed her into the fray. That man probably saved my participant’s life, as well as the life of the woman who was initially being beaten (at least for that night.)

The takeaway: If your moral compass is set on true north, with no exceptions, please try to recruit help before you act.  Plan an escape route. Be careful. I want you around in my world for a long, long time.