The March to Confront White Supremacy is underway. It will culminate on September 6 in Washington D.C. As of this writing, all is peaceful. At least on the part of the marchers. On Wednesday, a gun threat was reported against the marchers. They ended the march early for security reasons. Thursday, it poured all day and the numbers dwindled. I am writing this on Friday… For more info, go to Twitter #Cville2DC  or their website.

The story of the March to Confront White Supremacy cannot be written this week. It just started. But, the story of how it is being covered bears some scrutiny.

Before the march got started, I was forwarded a post that showed up on Sarah Palin’s Facebook page. It was from the Young Conservatives, a site where she posts quite frequently. So what was in that post?

Radical leftists have more trouble in the offing.

The riot came out of a march by White Supremacists. Eye witnesses report that it was White Supremacists who were carrying torches, carrying guns, attempting to damage property, spraying mace, throwing bottles, and menacing minority people.  Eventually, one of their ranks drove a car through a crowd of unarmed pedestrians, killing one and injuring nineteen others. Then, one of their ranks published a scathing page of insults about the personal life of the murdered pedestrian on the Daily Stormer (a neo-Nazi website, which was then shut down by Go-Daddy).

This series of events does not dissuade some people from believing that is it minorities who are violent and that minorities and their allies on the left are the threat to the American way.

The Young Conservatives go on:

They are calling the march a ‘civil disobedience’ march so expect blocking highways and likely rioting.

Civil disobedience is expected to lead to rioting. Rioting is the same as blocking highways.

In a more menacing tone, the Young Conservatives then write:

They have indicated they may be planning an Occupy type of situation where they attempt to hold an area and occupy it, living and staying there, while they agitate.

These people need to be cut off at the pass.

Free speech allows Americans to speak and write their opinions. However, fighting words and inciting violence is prohibited, if the speech fits certain legal parameters.

Are the Young Conservatives inciting violence?The statement above is general enough to skirt a one-to-one correspondence between the statement and the man who armed himself to threaten the marchers on Wednesday. But, think about it. This was a widely spread web post. There was someone with a gun who decided to cut the protestors off at the pass.

Using the language of genocide 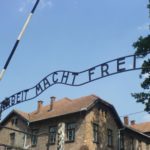 What is most disturbing to me is the use of the word vermin, in the last sentence. This is right out of what I’d call “the genocide-makers playbook.”  We all know murder is wrong. In order to get support for murdering people, you need to dehumanize those people. What do you do with vermin? You exterminate them. This is not a call to murder people; it is a call to remove vermin.

Or like vermin, it may be awhile until you get them out… 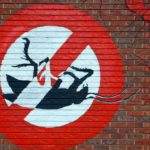 Sarah Palin, who is a household name on the Right, shared this post. Mrs. Palin has 4.8 million people who like her page. No matter what you think of her, she is part of the conservative echo chamber. What she spreads gets read.

This is where returning our society to one that respects all its people begins. When people who are not racists read and hear “vermin” used to describe a group of people, it erodes their humanity and the humanity of the targets of that hate. People who describe other people as “vermin” are bigots. When one dehumanizes, it is an act of hate. People who are not bigots can confront people they agree with on other things; they can draw their personal line in the sand. “I don’t like Occupy-style civil disobedience, but those protesters are not vermin; they are people.”

This is why I have developed classes to help people confront dehumanizing speech with people they know. I see it as part of what you need to know before you are ready to address hate speech with strangers.

One Response to "Charlottesville to DC, August 2017"