To make meaningful change, you sometimes must talk to people with a totally, completely, entirely, absolutely, without-a-doubt opposite viewpoint.  But how? I teach my bystander students that there are some basic needs that everyone wants and needs. The big two are: Physical comfort/security and dignity/respect/caring.  I encourage my students to seek fodder for agreement, in principal. For example, everyone wants America to be safe; we may disagree about how to make that happen. Everyone wants love and respect; we have both been disrespected by people on the other side of our argument and we don’t want to continue in that vein. No one wants an unjust war; we disagree about what war is justified and what war is not.

I found an example of how to do that in an unexpected place. It was an admirable try. But, from the look of the comments, it didn’t work.

In the course of my real estate reading, I come upon a cyber-event where the stars of HGTV’s Fixer Upper were taken to task for being a member of a church where the pastor went out of his way to be publicly against same-sex marriage.

First, I listened to Pastor Jimmy Seibert’s message. You can, here. Pastor Seibert does not sound hateful. However, he has the power of his conviction; he knows what God’s will is. He knows that God’s way (as read by Pastor Seibert) is the only way. The goal in life is to live by God’s will. Pastor Seibert knows how and is called to share that. If it is more important to be right than to honor every person’s integrity and person-hood, then you can think of yourself as a decent person and sound like Pastor Seibert. 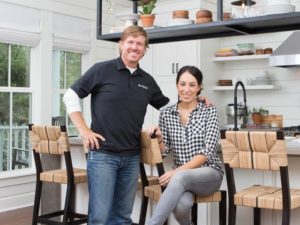 Back to our Fixer Upper stars, Chip and Joanna Gaines. They are Christian followers of Pastor Seibert. When hate came their way for aligning with Pastor Seibert, they took their time to craft an answer that was honest to their values.

Chip Gaines did what I teach my bystander classes to do: Get to the root of the issue, where everyone has to agree.

“We care about you for the simple fact that you are a person, our neighbor on planet earth.”

How their Christian minister shows that caring is different than the way I’d want it shown to me. He take the privilege of making choices for other adults, deciding what is right for them. One is not respectful of a person when one does not agree to extend equal rights to all people in a society. If Chip and Joanna can care — and also respect that some people are not and will not be Christians — then he can care and respect his audience. But, we can all agree to care. Caring is what Chip promises.

Here are the main points of the Gaines’s quest for renovating society:

If Joanna and I, who are best friends, don’t see lots of things the same way – how on earth do we expect a world of strangers to magically align? The reality is, we may not all get on the same page and I think that’s okay…

Joanna and I have personal convictions. One of them is this: we care about you for the simple fact that you are a person, our neighbor on planet earth. It’s not about what color your skin is, how much money you have in the bank, your political affiliation, sexual orientation, gender, nationality or faith…

Disagreement is not the same thing as hate, don’t believe that lie…

The bottom line is, I would rather be loving than be right…

Then he made his readers and offer:

Our family wants to fight for a world that knows how to lovingly disagree. We believe it starts when we operate from a position of love in all things. If your position only extends love to the people who agree with you, we want to respectfully challenge that position. We propose operating with a love so real and true that you are willing to roll up your sleeves and work alongside the very people that are most unlike you. Fear dissolves in close proximity. Our stereotypes and vain imaginations fall away when we labor side by side. This is how a house gets unified.

This sounds very loving, but it is the loving offer of someone with privilege. For white, straight, rich heterosexuals, there is little risk involved when working alongside people who are unlike them. There’s a risk for a gay man to work cheek by jowl with members of their church – a risk to his self-hood, his identity; they have actively opposed the gay man’s civil rights. The same is true for minorities, women, and other oppressed people. Those who are less powerful in society are more likely to be harmed by a cross-cultural conflict.

As a Jewish American, I’ve had my share of hate from Christians. Some has been in the form of evangelizing followed by denouncement when I did not convert, some in the form of exclusion, and some in the form of the endless microaggression about my hair, my accent, how I earn or spend money, and what I will and won’t eat. I put this aside and took a deep breath.

I went to the discussion section of this blog entry…There wasn’t much healing there. Mostly, “we love you” or “you missed the point of Christianity.” To have discussion and healing, a strong facilitator would have needed to lead the discussion and keep it on topic. I think this was an opportunity lost. 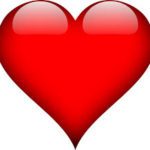 If Chip and Joanna want my help, they got me at “I would rather be loving than be right.”