This is a cute bit of non-news. I sort of like it. But, the curmudgeon in me must remind you that it’s nonsense and why. 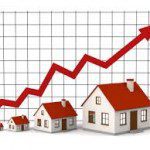 Look at the data:

The proximity to the supermarkets were, likewise, not noted. It, too, cannot be proven or disproved as a true figure.

What you now know: Nationwide, the average appreciation over this unknown length of time is 34 percent. Houses in an unknown proximity to Whole Foods had an average appreciation and those someplace near Trader Joe’s did better than average. Plus, there is no proof that the presence of the supermarket had any effect on this housing appreciation. Now that’s a revelation!

The second set of data is less vague, but still rather meaningless.

My neighborhood has both Trader Joe’s and Whole Foods (right near one another on the same street) less than 1.5 miles away. That disqualified it from this fact-filled study. Does that mean my taxes are 59 percent lower?

Lesson: Don’t expect to learn anything from click-bait real estate posts like this one.