Two weeks ago, there were prominent people in the media and in politics who were claiming that the shuttering of non-essential business and schools was unnecessary. The argument in America was about whether this pandemic was serious enough to warrant the closing of so many businesses and schools. Factual statements were brought up by people denying the threat of Covid-19 contagion: 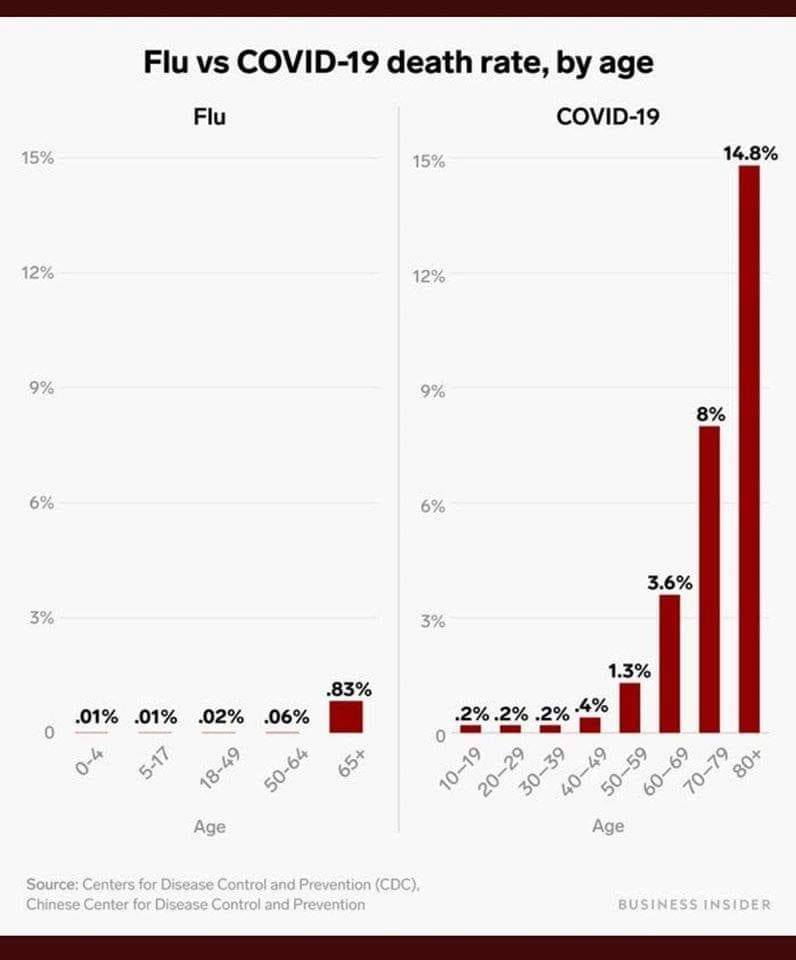 It’s not a threat to older people only. Yet, that ill-informed part of the denial story continued.

A week ago, the myth that this disease is a threat only to the sick and elderly turned into some statements that patriotic elderly people should put themselves at risk for the good of the American economy.

Even though the ageist comments were based on a false premise, the wrong information persists. However, most of America reacted humanely towards their elders in response to these statements.

As time has gone on, the spread of Covid-19 has been the top news story. It is getting harder for people to see the disease as a problem for other people. First, Asians, then Italians, then Europeans, then people in Seattle, then New York, and other cities. Then old people. When people can’t identify a group that’s in more danger than they are, they turn toward outright denial.

Why do people believe there is no pandemic?

“It is difficult to get a man to understand something, when his salary depends on his not understanding it.” ― Upton Sinclair, I, Candidate for Governor: And How I Got Licked

Another way that people make themselves feel safe is to see ways that they are not like the pool of people who are getting infected. They do that naturally. People drop other people into categories. It’s not fair, or even all that civil, but it is a psychological tendency we have. Social psychologists have made careers of studying it. One of the terms for this is “othering”. (Read more about othering here).

Not only can people say to themselves that they haven’t traveled to China or Italy. They can say they weren’t at the Biogen conference. They can also say they are better than other people because they are clean.

This way of othering-–keeping oneself out of a threatened category-–blames other people who get sick for their own illness. This is the tyranny of the constant reminders to wash your hands. As if that will cure it all. As if that will keep you safe. If those people would just hunker down and follow the rules…

Everyone thinks that their preparation plan is the best one. So, if they get sick, it must be someone else’s fault. Some people who are being careful are looking for an external cause, if they get sick. I believe this is the source of the social media kerfuffles about runners (who are breathing extra hard) passing too closely by walkers on the street and bike path.

There are many problems with these people-separating ideas. They lead to resentment about one another’s personal habits. They also blame people who do get sick. Some of those people have been careless, but many have not.

Roughly half of all Americans live paycheck to paycheck. So, many, many people can’t stockpile or take time off work. Most of those people would not consider themselves poor. So, they can blame the more deeply poor. Those poor people are more likely to live in close quarters. They are even less likely to be able to stockpile shelf stable foods and stay home. This does not mean that they are lesser members of the community and are responsible for the pandemic continuing.

There is also irrational blame being put on Asian Americans. Since the first cluster of this disease was in China, the disease is being blamed on Chinese behaviors. As if their lifestyle caused this. There are also people saying that immigrants at the Mexican border have spread this, even though the disease is more common in America than in Mexico. There is significant fear that people who are in camps at the border may be vulnerable to the disease, since they live in close quarters.

Same for people in prison throughout America. It is just unfair to say it is their fault, and that they could have just washed their hands.