Criminal System Reform Bill, Senate S.2185, passed the Senate and is now headed to the State House. The Senate passing the bill 27-10 is a strong support. But the devil will be in the details hashed out in the House of Representatives.

What would change in Massachusetts if the Bill passed as is?

Judges would get discretion in sentencing people for minor drug offenses. Bail and counsel fees won’t be imposed on people who can’t pay them. There would be a way to monitor people released before trial to insure that they show up for trial. (This would allow indigent arrested people to be out of prison and continue to work until trial.) Probation fees would not be collected from people who are poor and trying to establish a legal lifestyle after serving their sentence.

I have watched the tireless efforts of Lori Kenschaft, Coordinator, Mass Incarceration Working Group of the First Parish Unitarian Universalist of Arlington and my friends at the Greater Boston Interfaith Organization.

What’s in the Senate Bill? Here’s a summary. 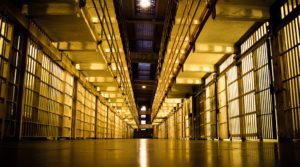 That’s when judges are required to sentence people to at least a certain amount of prison time, no matter what the circumstances at the time of arrest. This caused people to go to prison, for long times, when they may have been doing no harm to others. This doesn’t stop people from being arrested; it give judges discretion in sentencing them. Mandatory sentences were removed for user behaviors, such as having paraphernalia and being in the presence of a heroine user (and not selling it.)

Until this Bill passed, people who are too poor to make bail often stay in prison until trial. There was no mechanism to determine if they were likely to not show up for trial. The Bill created a way to determine other ways to get pre-trial release for poor people who were arrested, but could not pay bail.

Released prisoners were required to pay a parole fee, after release. There is now a way to determine if those fees are so burdensome that they interfere with a former prisoner’s re-entry into lawful society. Also, fees for counsel can be waived.

Now, before trial, arrested people will be given services, such as medical drug and mental health services to increase their ability to be released without bail, but reliably arrive for trial.

Do you realize that poor people who are arrested — even if they are not convicted – were spending nearly a year waiting for trial? Meanwhile, they lose their jobs and their families lose their income.

Here’s what you can do: 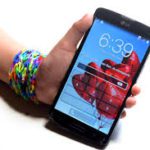 Please call or email them and ask them to support a strong comprehensive criminal justice reform bill. Phone calls are better than emails, but emails are much better than nothing, especially if your state rep is supportive and just needs encouragement. (You can look up your legislator at here.)

Ask someone you know who lives outside Route 495 to ask their state rep to support a strong comprehensive criminal justice reform bill. Generally, though, mobilization for reform has been stronger closer to Boston. Just a few phone calls from constituents can affect a legislator’s perceptions and votes, so if you can get someone who hasn’t called before to make a call, that could have a real impact. 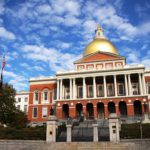 Join the rally at the State House next Tuesday or Wednesday. Young people are leading a rally for expungement of juvenile records next Tuesday, October 31, 11 a.m.-12:30 p.m. in Room 428 of the State House. Jobs Not Jails is organizing a rally/lobby day for comprehensive reform on Wednesday, November 1, at 11 a.m. at the Grand Staircase, on the second floor of the State House. State reps will look at turnout at these rallies as a sign of how much support there is for comprehensive reform, so please spread the word.