After a year-and-a-half-plus of keeping six feet away from other people, it is hard for me to imagine myself in a deadly concert crowd. Yet concertgoers in Texas were so tightly packed that it proved fatal.  Nine people are dead. This is not the first deadly concert  and probably won’t be the last.

I talk about situational awareness in Active Bystander training. Some of those lessons apply. When tensions run high in groups of people, it is important to stay aware of your surroundings to keep yourself safe, and also to contribute to the most positive outcome for the target of the aggression.

When crowds become dense (more than five people per meter), there is more to pay attention to. People who are being pushed may panic. They may become hostile. They may, literally, begin to fight for their lives.

If you are on the perimeter of a crowd that is getting too dense, you are in a position where you can avoid getting swept into it. Move diagonally toward the edge of the crowd – not directly against the flow of people. It’s like a rip current in the ocean.  It is also a good idea to tell people around you what you are doing and why, “It’s too crowded up there, I’m moving out of the crowd.”

You may be in a position to slow down the people moving into the crowd. Be kind. Be calm. Warn them that it is too crowded.

How crowded is dangerously crowded?

More than five people per square meter is too dense. A square meter is about 10.7 square feet. So, a bit more than five feet by two feet. I imagine this as five people in a five-foot-long conga line that is about two feet wide. That’s pretty close together. If you add a sixth person within that space, they are all touching one another pretty closely. The tightness will vary depending on the size of the people in the line.

What’s the most dangerous thing about crowds?

People who die in crowds die because they don’t have room to breathe. If you can’t expand your lungs, you will die. Many people fear being trampled, but deaths are usually because they have been crushed beyond the point where they can breathe.

What to do in crowds:

Keep moving with the crowd.

Avoid moving towards immovable objects, like pillars or walls, where you can run out of room.

Lock your arms in front of your body, so that you are protecting room for your lungs to expand. 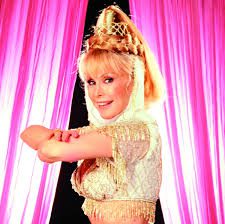 Grasp tightly just above your elbows and hold your arms at about a 50 degree angle in front of your body. Parallel to the ground is too hard to hold, so bring it down a little less then halfway. Hold on to your arms tightly. Imagine being like “I Dream of Jeannie”, but a little more relaxed, so you can sustain it.   [Source]

There is danger of getting crushed, if you are backed up against an immovable object. If the crowd is going that direction, try to angle away from places you can get trapped.

Stay on your feet. People do get trampled.

Concerts should be fun. Situational awareness can keep you safe.