Will the divorce rate rise because real estate prices are rising? 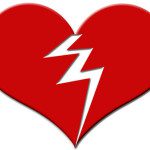 Financial stress is generally considered a major cause of divorce. Yet, couples who were considering divorce during the housing decline did not separate in higher numbers. Back in 2011, The Marriage Project found marriages stable during economic stress. The Marriage Project at the University of Virginia found that hardship made couples stick together.
In their 2011 study of over 1000 married couples, 18-45 years of age, they found that 34 percent were worried about paying their bills. 29 percent took a hit on their income, and 12 percent faced foreclosure. Yet when asked if they had considered divorce or separation — but put it aside as a result of the recession –38 percent said they did just that.
The trend shown in the 2011 study was that couples chose to stay together and ride out the financial woes together. At the time, I wondered if they put their marriage back on track, or whether they were treading water waiting for a time to get out of their house and marriage without going broke. 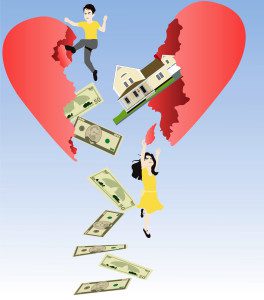 Housing prices are back up. Will more marriages now fail?
I am a buyer’s agent, so my experience is anecdotal. This year, I am finding that a significant number of the people selling their houses, as the prices rise, are divorcing. I am wondering if my theory that people were delaying divorce until they could salvage their economic life has turned out to be true. Time will tell. Because I am solely a buyer’s agent, I don’t have direct knowledge of the seller’s reasons for moving. A seller or seller’s agent will put the best face on a reason to sell. I don’t expect to get the whole truth about why a seller is selling any more than I expect to get the whole truth about why a couple is getting a divorce.
If divorce is fueling some sales, what should agents and buyers be doing in regard to divorcing sellers? 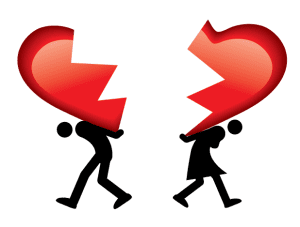 Frequently, seller’s agents hide the fact of a divorce. I think that is a mistake. In the current market, it is unlikely that a buyer will see a divorce as a reason to not buy a house, or as an excuse to attempt to negotiate a lower price.
If a buyer is purchasing a house from a divorcing couple, they should be informed up front. That way, they will expect that it will take longer for decisions to be made. They will understand that, in some cases, the sale is legally entangled with the divorce agreement.
Buyers who are not told that the house is for sale as part of a divorce may get impatient with the longer decision times. They may think that something is wrong with the house or with the transaction. This increases the chances of the buyers cancelling the sale and looking for a house where they will get straight answers in a timely way.