A man was following a woman on a NYC subway. She lost her temper. When this video begins, she is shouting at him, and kicking him. He is kicking back. One bystander separated the man from the woman. Another bystander made a video. Another created even more separation, and reasoned with the man who was following the woman. The video ends. (link)

This was 2012. The video went viral. I’ve heard the story of this a few times. Recently, someone sent me  the “Pringles Intervention” video.

When he was interviewed, he explained what he was thinking that night. He was just a guy, out for a night, traveling from one bar to another. He saw the fight begin and thought that they looked like they didn’t want to hurt anyone but one other. But he saw the kicking and thought someone would get hurt. His plan: Get between them. He was eating snacks, so he kept doing so.

Situational awareness: He turned his back on the woman. If he read the situation incorrectly, he could have been hurt. I would advise you, in a similar situation, to remain able to see the woman in your peripheral vision. That way, you could move, if she decided to attack you for getting in the middle of this.

He showed good situational awareness, in theory, when asked what would change the situation for him. He said, “If it were two larger males, I wouldn’t have stepped in so quick.”

What don’t we know:

The incident seems to be over when the kicking stops, but is it?

The man who was following her could have waited at the woman’s house for her to get home. He knew her, he could find her anytime. Was there further violence between these two? We don’t know that. 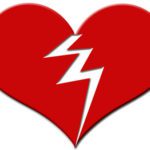 With domestic violence, strangers can only stop immediate physical confrontation. The social-emotional combat will continue as long as the people involved remain entangled.  When a stranger intervenes, abuse is postponed, not stopped. Intervention might inspire greater violence, once the couple is alone together again.

This is also true for parent-child conflict, but more-so, since the parent-child relationship is likely to continue.