Can a landlord evict without cause? 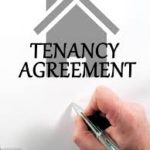 If a tenant breaks no laws and pays the rent, should they be allowed to stay through their lease period?

These are the questions asked in Santa Barbara after a particularly hard-hearted move by a landlord. The landlord served a 60-day eviction notice at the beginning of November. The families who were told to move by year’s end were law-abiding and rent-paying. Some had lived there for decades.

The landlord, it is supposed, is evicting in order to re-rent to more affluent, higher-rent payers. In this case, college students. Gentrification is a common story. It displaces people all over the country. This story from California shows the process in a particularly ugly light. Should landlords be allowed to evict tenants who have done nothing wrong? In the middle of the lease, no. At the end, well, nothing stops them from raising the rent and forcing those who can’t pay that much to relocate.

The organizing group, CAUSE, took on the fight in Santa Barbara.  CAUSE works on many issues of economic inequality in Central California. These activists  are looking to the city to support them in establishing these tenant rights:

-End unjust no-fault evictions
-Give protections to seniors, people with disabilities, low-income renters, and families with children
-Require landlords to inform tenants on their rights
-Fund mediation to settle disputes between tenants and landlords

Los Angeles and San Francisco both have this ordinance in place. It doesn’t stop gentrification – just look at San Francisco rents – but it does maintain that tenants can count on living in a place for the duration of their lease. Landlords are in business to make a profit. The tension between landlord profits and community housing has been made worse over the past 20 years, as housing inflation has outstripped wage increases.

I see this particular fight as a losing one. Landlords cannot be forced to keep rents low, when demand supports higher profitability.

If landlords can raise the rents to what the market bears, how can we maintain affordable housing? 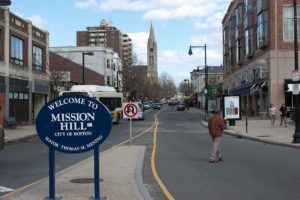 Initiatives such as Boston, Massachusetts Question 5  are a move in the right direction. It was a ballot measure that increased property tax on Boston residents by 1 percent. This money will be dedicated to affordable housing, recreation, and historic preservation projects. The expectation is that 70 percent of these funds will be earmarked for affordable housing. This initiative follows the Community Preservation Act guidelines, to learn more. 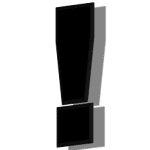 Meanwhile, Cambridge currently has an 11.5 percent inclusionary housing requirement and the fight is on to increase this to 20 percent. Red hot! NOW! If you live in Cambridge, you can influence this decision. Read more.