Q: When foreclosure became a profit machine, who benefits?

A: Steve Mnuchin does. And he is the President-elect’s choice for Treasury Secretary.

Mnuchin is a second-generation executive from Goldman Sachs. (Remember them? The folks that brought us the Great Recession of 2008?) Once he left Goldman, he went west to run a “foreclosure machine.” What’s that? A bank that makes its money foreclosing on homeowners.

Foreclosing on houses, to Mr. Mnuchin, is purely a way to make money. In the mortgage meltdown in 2008, he and a group of other very rich people bought a failing bank, took government assistance and made a tidy profit from foreclosing on California homeowners. According to housing advocates there:

OneWest foreclosed on more than 36,000 homeowners under Mnuchin. During that time, the FDIC made payments to OneWest totaling more $1 billion. Those payments went to the “billionaire investors of OneWest Bank,” says Stein, “to cover the cost of foreclosing on working-class, everyday, American folks,” many of whom lived in California. 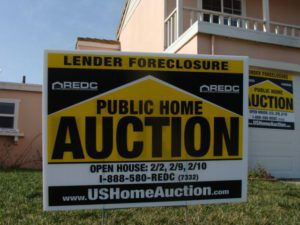 Forcing homeowners out of their homes

Foreclosed owners claim that OneWest was poorly run. In an NPR story, one owner claimed that they qualified three times for a government-assisted modification, but OneWest was so badly run that the homeowners could not get through the bureaucracy to refinance and keep their property. These folks owned their home for 50 years. They voted for Trump, partly out of indignation that the government would let them lose their home.

Another foreclosed owner, who also voted for Trump, found OneWest impossible to deal with. Over five years, she tried unsuccessfully to adjust her loan with OneWest through the Treasury Department’s Home Affordable Modification Program. But she said that One West Bank lost paperwork, provided conflicting statements about ownership of the loan and fees and submitted charges that were unverified and caused her loan of $248,000 to end with a balance of $517,662.  When her tenants could not pay their rent, she ended up losing her three-family home to foreclosure. (source) 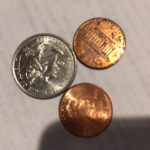 In Florida, the company foreclosed on a 90-year-old woman after a 27-cent payment error. (This homeowner was a retiree who took a reverse mortgage. The 27-cent discrepancy regarded an error in her insurance escrow payment.)

In short, OneWest is a long-hated bank whose bureaucracy was so poorly run that homeowners could not use government-sponsored refinancing or other reasonable means to resolve their lending problems. When OneWest could have been allowing modified loans – and keeping loans on their books – they instead foreclosed and made a profit. And now Trump is appointing as Treasury Secretary the man whose company took their homes.

What this appointment means for the future

Professor Elizabeth Warren went to the Senate with an agenda to help the finances of working Americans. “Steve Mnuchin is the Forrest Gump of the financial crisis — he managed to participate in all the worst practices on Wall Street,” Warren said in a statement on Tuesday night. “He spent two decades at Goldman Sachs helping the bank peddle the same kind of mortgage products that blew up the economy and sucked down billions in taxpayer bailout money before he moved on to run a bank that was infamous for aggressively foreclosing on families.” (source)

Here are Mr. Mnuchin’s stated priorities for the Treasury Department:

“We’re just coming out of a foreclosure crisis and a serious economic downturn. It’s not the time to appoint someone who sided with corporate America over real people,” said Alys Cohen, an attorney with the National Consumer Law Center. “Mr. Mnuchin comes from Wall Street and has served monied interests over homeowners.” (source)

One Response to "When foreclosure becomes a profit machine, who benefits?"