Even if you bought a house before, you haven’t seen it all. Also, when buying your own place, you will have pesky emotions getting in the way of reason. Last week, I wrote about the hard sell for my current buyers on my house hunter’s blog.  But it applies to experienced buyers who are looking at second homes, trade up properties or vacation places.

The hard sell works. That’s why you need a good, rational debrief when you were being sold. 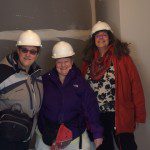 The reason that I had such a clear outline for what’s in a hard sell is that I had a classic hard sell done to two of my clients this winter. As we were walking away from the building, hard hats in hand, I could see how antsy one of my buyers was getting. After the dust settled and we debriefed, she told me that she “felt the tug of the hard sell” and was entirely ready to do anything to get that best unit.

This particular buyer knows better. She bought her first condo, back before we met. Back then, she put in a back-up offer on the best unit, paid top dollar, and bought an overpriced condo in a building that was poorly made. Several special assessments later, she sold that condo. Even with that experience, the hard sell tactics pushed the same buttons in her heart.

This is what happened (and why it was so easy to share the steps in a Hard Sell with buyers.) 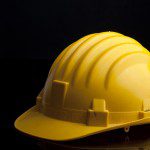 They had a hard hat tour.

At the end, they were asked, “Which one do they like best?” The one they really wanted was already marked “sold.” Then they were reminded that there were many other showings. They were encouraged to place their deposit before the next morning’s showing, lest their second favorite one be scarfed up.

In our debrief, it was clear only the best unit was good for them. Even if it were available, it was very overpriced. It wasn’t too hard to talk her off the ledge. So, this story has a happy ending.