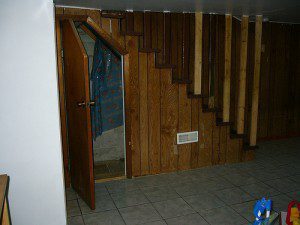 That area under the stairway is an oft-wasted space. It can be well used as storage. The problem with triangular spaces is that the area near the floor is narrow in the back, making it useless for getting things out. If the only approach is a full-sized door, failure is inevitable.

Some time around 1999, I started referring to the space under the stairs as “the Harry Potter room.” By 2002 or so, everyone seemed to know what I was talking about. Or at least kids did! Harry lived in a little room under the stairs. And, yes, it has been tried.  The result is mixed. 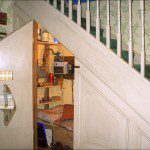 In general, the bedroom nook is a better idea than trying to get a bathroom in that little space. I see that all the time, and it generally does not go well, unless it is for the feline of the house. 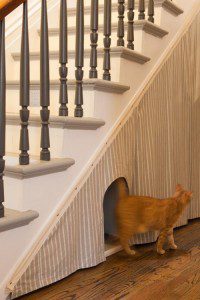 If you are going to use closets of this type for storage, the trick to success is to access the apex of the triangle with additional openings. I have seen clever drawers built in to spaces like this. One drawer at the low end, then two, then four. Lots of stuff fit in there! 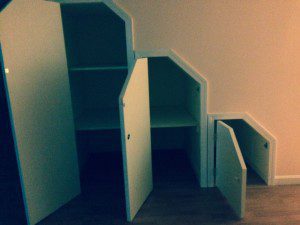