Thoughts of harm, and the memory of harm, interfere with daily life, even in positive moments. How can we handle that?

I am taking a class on resilience for activists. The group was asked to participate in a common meditation by Jon Kabat-Zin called The Mountain. In it, participants are guided to imagine a mountain in some detail. Is it green? Rocky? Does it have lakes or streams? Are there animals on its slopes? Is it tall enough to be in the clouds? Then, participants are guided to be the mountain. It’s a pleasant meditation; I probably have done it more than a dozen times before.

The class is for climate activists. About a third of the participants had a negative reaction to this meditation. Why? Because they imagined the mountain as being clear-cut, or strip-mined, or some other environmental outrage. When asked to imagine a mountain — any mountain — they imagined one that was in harm’s way.

I don’t think that is an unusual reaction in America today. People who live near mountains notice how they are being harmed directly or indirectly by people and climate change.

I wasn’t one of the people who pictured a damaged mountain. I’ve been thinking about that. Why did I not think about the damage done to mountains? A big part of it is that I am an East Coast person. When I go to mountains, they are usually in parks. Many of the mountains I know by name are preserved. I don’t much mind that the Mass Pike cuts through some mountains on the way to October Mountain State Forest. I know October Mountain will be there. 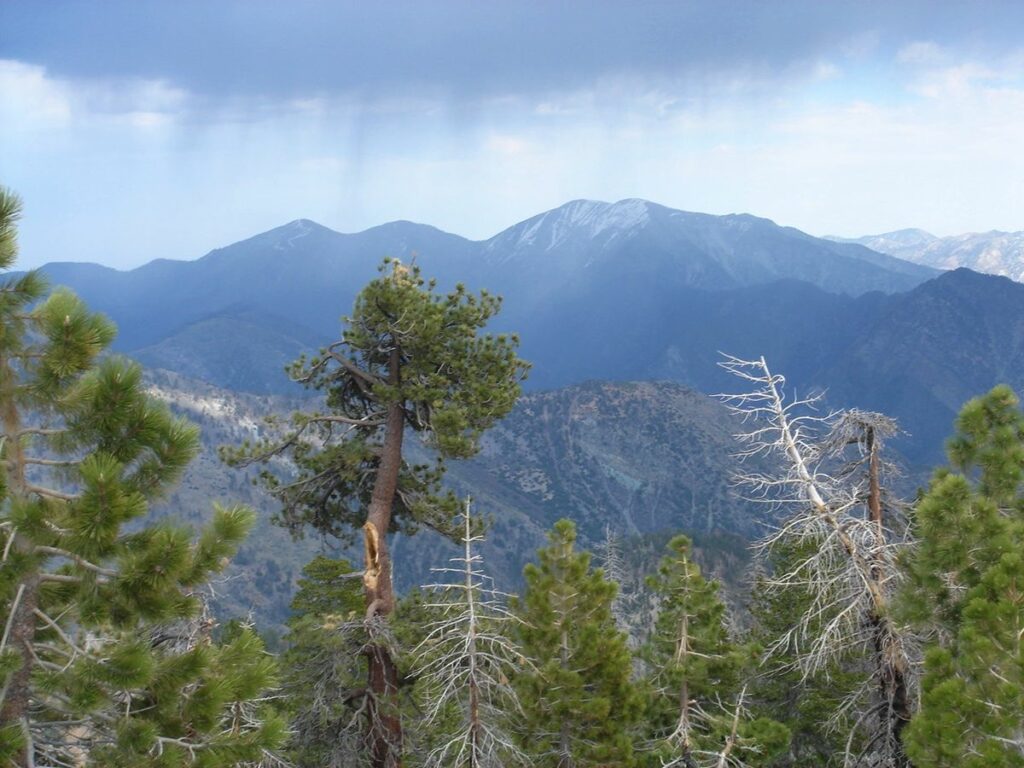 Mountains that are harmed didn’t interfere with my image of a mountain in my meditation. Actually, the mountains I picked for this meditation were the San Gabriel Mountains  outside of Los Angeles (pictured above). I remember being in Los Angeles for over a week. Then, one day, smog lifted enough for me to suddenly see the mountains that were there all along. I thought it was magical. At the same time, it made me sad about Los Angeles’ air quality. How smoggy LA is it didn’t diminish my sense of awe that those mountains were so close by. If I lived in LA, would I be so cavalier about not seeing those mountains? I don’t know.

What makes resilience in the face of harm?

Just as those climate activists were sad to imagine a mountain in a meditation, people are heartbroken to think of the children from Robb Elementary School. Does that mean that they can’t feel positively about any child? Of course not. Resilient people can hold the Texas tragedy in their hearts and still feel joyful thoughts about other children.

No matter how bad it is, chances are, there is room for life to go on. As Jon Kabat-Zinn famously said,

“As long as you are breathing, there is more right with you than there is wrong, no matter how ill or how hopeless you may feel. But if you hope to mobilize your inner capacities for growth and for healing and to take charge in your life on a new level, a certain kind of effort and energy on your part will be required…. It will take conscious effort on your part to move in a direction of healing and inner peace. This means learning to work with the very stress and pain that is causing you to suffer.” ~ Jon Kabat-Zinn

2. Noticing what is wrong in the world and using it as your call to action.

Decide what is wrong and decide what skills you bring to the world that moves in the direction of making it right. Then, take care of yourself, so that you have the most you can give to making the world better.

If you are wondering why I am not discussing the recent actions of the Supreme Court or the Congressional Hearings, it is because I need to sit with it all before knowing what to say.