The Brookings Institution puts Boston at the top of its list of cities with the greatest income inequality. Bostonians in the top five percent of earners made $266,224 a year, compared with just $14,925 for people in the bottom 20 percent.

How to use the map: When looking at this map, scroll passed the intro page, then choose Boston from the bar at the top. Scroll through to read the summary and instructions for choosing individual towns and areas.

To me, what is surprising is how many Somerville and Cambridge households have income of $25,000 a year or less. Remember, we are talking about household income, not individual income. Who can live here on just under $15,000 a year? 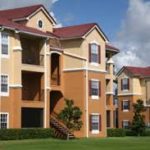 How does a household earning $25,000 or less manage to stay here?

The short answer is that they don’t. Somerville and Cambridge are losing their working poor families. Somerville has also seen a decrease in older residents. Household size is going down because people with children are moving out.

Low income households who stay employ a combination of tactics:

Working full time, but unable to make it in Somerville and Cambridge.

At that rate, a full time worker will earn $22,000 a year (40 hours a week for 50 weeks a year.) That is assuming no more than 10 days off of work a year. That just won’t happen if snow days close the workplace, children get sick and there’s no childcare, or there is any unemployment during the year. That assumes that it is still a 5-day workweek during Christmas, Easter, Fourth of July, and President’s Day weeks. Even if that is raised to $15 an hour, the annual earning are still pitifully low, given the housing costs here ($30,000.)

They are making it by getting “free stuff.” 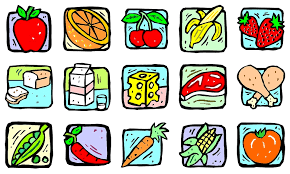 Those food programs I mentioned don’t solve the problem, either. The maximum monthly benefit will put food on the table, but a lot of it will be ramen noodles, or the equivalent. For a single person, maximum benefit is  $194 a month. For a household of two, $357. For three, $511. For four, $649.

In Massachusetts, a working person earning $1,265 a month ($15,180 a year) or less qualifies for SNAP. The household income limit for two people is $1,705 a month ($20,460 a year). Three people, $2,144 a month ($25,728 a year). Four people, $2,584 ($31,008 a year.) A single person, or people in a household of two with one full-time minimum wage earner, will not qualify for assistance with their food costs. That is, unless there are periods of lost wages. But, a single earner on minimum wage will qualify for food assistance, if there are three or more people in the household. That’s a divorced mother of two, who is not getting support for the other parent. That’s a single parent of two.

In recent years, several studies have shown that large numbers of employees at minimum or slightly over minimum wage have ongoing enrollment in SNAP. These are families with single earners. Fast food outlets, like McDonalds  and retails outlets, like Wallmart have been the poster-children for this.

The solution remains the same. We need more affordable housing.

The demand for housing in our area has not gone down. The availability of affordable rentals has gone down. Don’t let me get started on affordable sales, you’ll be reading all day!

Back to the maps that started this blog. 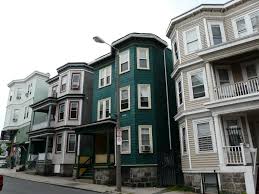 Am I the only one who found it ironic? The caption on the picture of the triple-deckers read, “Many working-class Bostonians rent apartments in “triple-deckers” like these.”