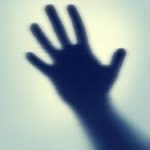 In the spring of 1964, there was a brutal murder in Queens. The New York Times reported that thirty-seven people watched and heard Kitty Genovese’s murder. Her neighbors did nothing. Poor Kitty, a single working girl, died alone. The story became an indictment of urban dehumanization, and an indictment of New York City. It led to popularization of the Bystander Effect.

But almost nothing else about this story is true. 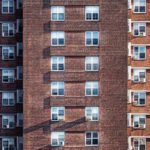 The Bystander Syndrome (also called the Bystander Effect or the Genovese Effect) was made up. No one knows how many people eye-witnessed or heard the murder. Thirty eight is a bogus number, never verified. (The original New York Times article said thirty-seven.) One person ran to her aid. Two other people claim that they called the police. A man shouted out his window; he thought he chased the assailant away. It is just not true that nobody acted. It is true that nobody stopped the murder. Even the New York Times, in June 1964, described the court testimony of the active bystanders who tried to help Kitty.

The woman, Kitty Genovese, had her life story overshadowed by being a victim and poster-child for human indifference. So, let’s set the record straight.

Kitty didn’t die alone. She died in the arms of a friend, a woman named Sophia Farrar.

Kitty was not single. She was in love with and lived with a woman named Mary Ann Zielonko. Their relationship and Mary Ann’s place as a widow became invisible when Kitty died. They were in the closet; it was 1964.

Kitty was a bar manager, a friend, a beloved daughter and sister. She was a playful, free-spirited woman who worked hard and played hard.

More about the Bystander Effect

The bystander effect occurs when the presence of others discourages an individual from intervening in an emergency situation. Social psychologists Bibb Latané and John Darley popularized the concept following the infamous 1964 Kitty Genovese murder in New York City. Genovese was stabbed to death outside her apartment while bystanders who observed the crime did not step in to assist or call the police. Latané and Darley attributed the bystander effect to the perceived diffusion of responsibility (onlookers are more likely to intervene if there are few or no other witnesses) and social influence (individuals in a group monitor the behavior of those around them to determine how to act). In Genovese’s case, each onlooker concluded from their neighbors’ inaction that their own personal help was not needed. (Source.)

Taking something positive from this

It is not true that no one helped. Yet the story has emotional truth and has become popular wisdom about human indifference to our fellow humans. Good has come out of this turn of events: