Ms Heinlein admires what she learned as a German: be direct and support the common good for all people. She postulates that Americans care too much about being liked. We need to talk to people who are not just like us. She urges us to be more like the “good Germans”: not the ones who blindly obeyed but those who opposed the fascist German government.  She honors those who are stepping up early, as hate incidents increase in number across the country. 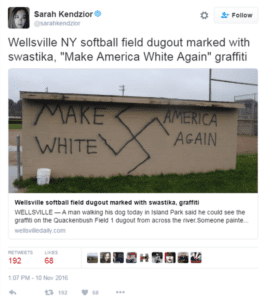