People I know well, people I follow, and people I generally respect, fell for a bit of fake news in the middle of February this year. It was in the form of a tweet that circulated quoting Ted Cruz “I’ll believe in climate change when Texas freezes over,” dated September 2016.

Why was this so shareable? Ted Cruz was in a position to earn ridicule. He was in the spotlight when a snowstorm left millions of Texans without heat, water, or electricity.  Senator Cruz’s response to the storm: fly off for a warm-weather vacation at an expensive hotel in Mexico!

What should have made you look twice at this, before sharing?

I saw the fake post. It made me smirk. But, then these things struck me:

Those were what made me go to Snopes to check the tweet. It was never posted by Cruz in 2016, or any other time. 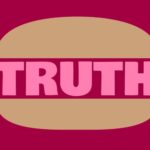 What not to do:

Many of you saw the tweet about climate change and snowfall in Texas, which was attributed to Ted Cruz. It was sort of funny, but it was fake. (Had I shared it, this is where I would apologize).

What happened in February 2021 was that millions of Texans were without heat, water, and electricity for several days during a severe snowstorm. Senator Cruz did not really write that fake tweet, but he regularly opposes efforts to curb climate change. Senator Cruz’s response to the snowstorm and the utility crisis in Texas was to leave the state to go to a resort in Mexico.

Climate change involves the increase in the frequency of storms and changes in the location of storms. This includes low temperatures and snowfall in Texas, which are becoming more frequent in the last six years. Senator Cruz is a vocal opponent of climate change reform.

Here’s another truth sandwich on the same topic by Arthur Waskow.

Arthur published a blog that week, leading with the fake Cruz tweet. He was informed by someone that it was fake, and swiftly published the retraction below. He also edited the post that you’d see now.

His retraction was a modified truth sandwich. He starts with the falsehood, but doesn’t repeat it. Instead, he repeats his content from his own blog: Cruz is guilty of contributing to the pain of his constituents and acting selfishly. The Shalom Center is working to help solarize Texas:

Dear folks, I hasten to correct my last message. CNN reports, with detailed evidence, that despite its circulation on social media to hundreds of thousands of people, the  “Cruz tweet” was a fake. Everything else in my message was true. Senator Cruz did spread false assertions that there was no climate crisis, he did so at the bidding of Big Oil, he did waste the years we could have saved lives through solarization, and he did use his money to run away to Mexico and warmth when his own home was “freezing” like the homes of millions of Texans that his falsehoods endangered.

It is also true that we are pursuing a major effort to solarize 30 million American homes, and that we can supply you with more information on how to work for this if you write [email protected]