The current President described Devin Kelley – the man who murdered 26 people on November 5 – as mentally ill. He’s wrong. Murder (and mass murder) strongly correlates to domestic violence by men with guns; this tragedy was yet one more case.

Since 2009, most mass murders involved men who were known to be domestic abusers. Devin Kelley had been threatening his ex-mother-in-law prior to the murders at her church. He served a year in jail for assaulting his wife and fracturing his infant stepson’s skull. 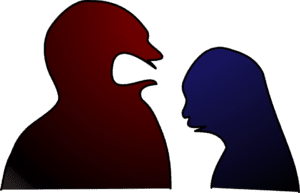 In 42 percent of mass shooting cases, the shooter exhibited warning signs before the shooting indicating that they posed a danger to themselves or others. These red flags included acts, attempted acts, or threats of violence towards oneself or others; violations of protective orders; or evidence of ongoing substance abuse. Source.

Because we value privacy and family sanctity, law enforcement and extended family prefer to look the other way when an angry person is harming those around them. Clearly, not all domestic abusers murder their families, or ex-spouses, but many of the people who commit mass murder are domestic abusers.

Both domestic abusers and mass killers are driven by a ferocious need to exert power and control through violence. The worst of these men — and mass killers are overwhelming men — seek domination through force, intimidation and, ultimately, murder. And they are buoyed by “a society that upholds a culture where misogyny is socially accepted, and ranges from domestic homicide to sexual harassment,”  Debra Robbin, executive director of Jane Doe Inc source

156 mass shootings—incidents in which four or more people were shot and killed, not including the shooter. 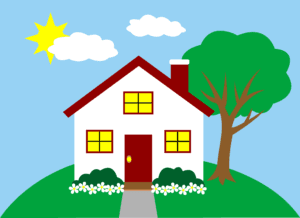 It is also a trend that murderers who kill multiple strangers (sometimes called “terrorists” or “serial killers”) are men with a history of being cruel to their nearest and dearest.

Suggestions from your bystander trainer:

You can influence people around you.

Speak the truth about the connection between domestic violence and mass murder:

Say things like, “That murderer was arrested for domestic violence. He went to jail for breaking the skull of a child. Yet, he got a gun legally.”

“That murderer had a restraining order out against him because his ex-wife was afraid of him.”

“The police knew he was abusive to his disabled mother. But, no one thought he’d run his car into a street full of people.”

“People around that murderer knew he was awful to his girlfriend. But, no one intervened because it wasn’t their business.”

When you get push-back, like “he was a terrorist” or “he was mentally ill”:

Say something like this: “That may be part of it and the history of being cruel to women (or children) is also part of it”

Or say ““That may be part of it and his history of being cruel to women (or children) should have been a warning that something was dangerous about this man.”

When you get more push-back that not everything is about women:

Say, “I am a woman (or I care about women), so I can’t help but see this connection.”

Say, “If these women were listened to about how menaced they were by that murderer, it might have prevented this tragedy.”

By making domestic violence part of the discussion about gun violence, it honors the women and children killed by people close to them. When people hear you make this connection — simply and without arguing — you affect everyone who hears your conversation. It won’t change anyone in an “aha” moment, but it broadens the discussion of this national crisis.