I left Facebook last Monday night. The “me, too” chatter became toxic to me. Before I get to what made it toxic, I share a related book review and I make an offer. 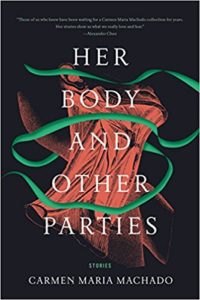 Would you like to join an on-line book discussion of this book?  My husband sent it to me on Friday afternoon, just before the “me, too” started showing up all over my Facebook feed. Here’s a review. I haven’t read it yet, but the review is compelling. Especially the story about the woman who smelled gas.

Here’s an excerpt from one of the stories:

One night we had a thrilling summer storm, bright and crashing, wind and rain blowing into the house from every direction. I wanted to open all the doors and windows wider and run around, but it was better for the house, the wood, to close them tight. We hadn’t been in the house long, and it was the first time in this house we’d had to close all the windows. In the morning I smelled gas, strong, unmistakable. “I smell gas,” I said to my husband. “I don’t smell it,” he said. He had a friend come over. “Why are you having a friend come over,” I asked, “when it doesn’t matter if he can smell it or not, and none of us can fix it?” His friend didn’t smell it, either. I called the gas company. The gas company employee didn’t smell it, either. He waved his reader around and it blasted off in three places, substantial leaks behind the stove and in the basement. “Always trust a woman’s nose,” the gas company employee said.

Yes, I thought, believe us.

Then, No, I thought, I’m not a fucking witch. Believe anyone who smells gas. If someone smells gas, believe them.

Send me a message, if you want to discuss this book.

What’s this “me, too” business?

If all the women who have been sexually harassed or assaulted wrote ‘Me too’ as a status, we might give people a sense of the magnitude of the problem.

By Sunday, my feed was full of posts like this, or simply, “me, too” from women, young and old.

By Monday, posts about people’s reactions began to show up. Two stood out.

One was from my Rabbi. She wrote that within two hours of posting, “me, too” she was asked, face-to-face if she meant “a real thing” or just that someone once made a comment to me that I found sexist or something like that.

Let me repeat this: someone in my community asked whether the assault was “a real thing” or just that someone once made a comment to my Rabbi that she found sexist or something like that.

Some man believes that verbal humiliation is not a “real thing.” This falls right back into the story from Her Body and Other Parties where the woman either correctly smells gas or is crazy. If a man is humiliating or offensive and another man doesn’t validate it or prove it right, the woman is crazy.

Well, f— that. I’ve been living that all my life.

It gets so much worse when it is a “real thing” and men turn a blind eye and pretend it didn’t happen. When I had to discuss violence with a man, I got quizzed and prodded about details. It was like being raped all over again.

The second comment that struck me hard was from a young woman. She wrote that the “me, too” thing is stupid. She came of age in a time when everyone knows that sexual harassment is an expected event. That “no one with any brains” goes on a first date without planning a check-in call. Everyone uses apps to check-in when on a date.

Hello, women like me. (I haven’t been on a first date since 1986.) Now, women routinely have a buddy who will call the police if the woman on the date fails to confirm she has not been harmed by her date.

“Me, too” was too much for me. I was overwhelmed by it, not validated by it. Do you think it did its job of proving the pervasiveness of sexual harassment and assault, or are all these women just crazy?