If you are thinking of converting from oil to gas heating, one of the tasks ahead of you is to get a professional to remove the old oil tanks. This seems like a daunting task. It’s not. There are companies that do this. They do it all. They get the permits for removal and disposal; they come, then and an hour or so later, there is an empty spot in your basement.

Recently, a client purchased a house that had abandoned oil tanks. The house had long-ago been converted, but the seller left the old tanks. They had to go before my client closed. (This is a legal matter.) So, as a condition of the sale, the tank removers came the tanks went.

My client and I hung out to watch the process. There were two tanks. The whole thing took about an hour and a half.

First thing is to disconnect the pipe from the tank to the outside. 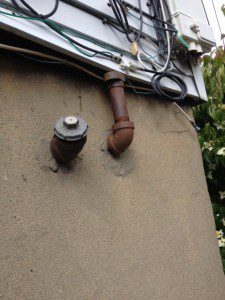 Next, suck out any remaining oil. 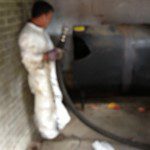 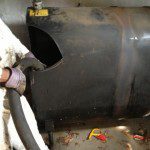 This house had a big door, so the tanks went out whole. The last time I watched this, the tank was cut in half inside. 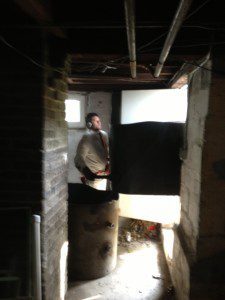 Even though the tanks were drained, the dregs were left. 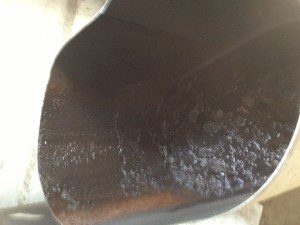 These were scraped out and collected in a bucket. 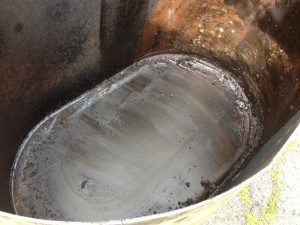 The empty tanks were then collected down the driveway. 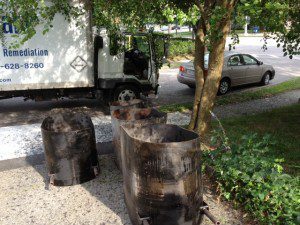 Important! The holes where the pipes were are sealed with concrete. This keeps critters from 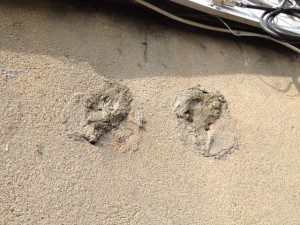 getting in, but more importantly, it ends the possibility of some distracted oil company driver from filling the basement with oil. 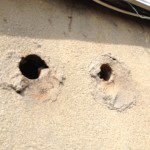 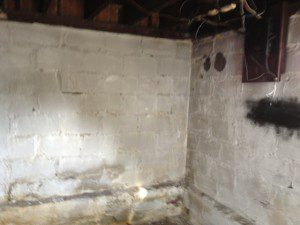 They swept the corner where the tank used to be. 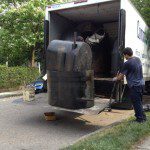 Then the tanks are loaded onto the truck. 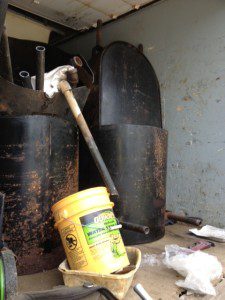