I had a client in Arlington who switched to propane. This is why I first looked into that kind of heating. She asked:

a wild question….we are thinking of changing our (functioning) 60+ years old oil boiler + super-inefficient electric water heater.
only options we have:
a new efficient oil boiler + indirect water heater
a very efficient propane gas boiler with water heater
both J. and I much prefer gas (natural gas is not in our little private and dead-end street) but are a bit concerned about the fact that propane is not so common in Arlington and surrounding area from a resale value point of view. your opinion? have you seen any propane heated houses around here?
Thanks! A&J

Propane heating rare but not unknown

In general, people are getting to really hate oil heat. I see propane for home cooking all the time, but don’t see a lot of propane for the house. Whole-house heat on propane is rare in this area, but not unknown.

According to the US Energy Information Administration, propane is widely used in rural areas. Arlington is not very rural, but has lots of areas where there are no gas lines. 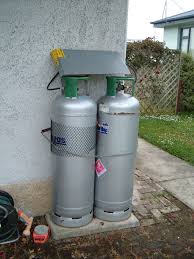 I looked through the MLS records for the past 2 years and do not find a single house in Arlington that was advertised as having propane heating. That doesn’t mean it isn’t there; it means the agent didn’t know how to put the data correctly on the sheet or chose not to make a point about there being propane there. However, ZERO is a telling number. Propane is not a selling feature…yet.

When I look in other towns, I see a smattering of houses advertised with propane heat. They are in Lexington, Concord, Acton, Bedford, Medford… Just none in Arlington. This makes me think it is a custom/data entry problem and that some propane heated houses are posted as “natural gas” in Arlington. But that’s just a guess.
I think you should do the cost analysis about running the system for the next ten years and choose the system that will make you happier to live with.

What the pro says about propane

Can you explain, in 500 words or less, how propane heat compares, dollar for dollar, with oil or natural gas (using the same level of boiler efficiency)? Can you explain how to calculate heating costs from one year to the next, when temperatures are not the same (Everyone is spending less this year.)

I wish I could give you a simple straight answer, but you can’t compare apples to apples. Here is my best shot…

If a customer has natural gas available, the question is whether or not to convert from oil. It would not make sense to go propane instead of natural gas. Essentially propane goes where the natural gas mains don’t.

As for comparing British Thermal Units (BTU’s), we don’t get into that argument because it is deceiving. A gallon of Propane has 35 percent fewer BTU’s than a gallon of oil.
However, a typical 15 year old oil boiler only has an Annual Fuel Utilization Efficiency (AFUE) of 59 percent.

In addition, these old oil systems tend to be oversized by 30-50 percent. When we replace that old equipment with something properly sized and a true AFUE of 90 percent or more, our rule of thumb continues to hold true. The number of oil gallons consumed for heat and hot water will be similar to the number of propane gallons consumed. Considering that the price for home heating with propane (800-1200 gallons per year) is usually $0.30-.50 less than oil, there is the potential for savings.

So if a customer today were to consider a switch to propane at 800 gallons of oil per year, I would say that based on this year’s averages they would save about $400 in fuel costs. They would also save on their electric bill if they had cooking and clothes drying on propane (30 percent less expensive than electric). They would also have reduced maintenance, no insurance surcharges or costly upgrades for the oil tank. They would also reduce their CO2 emissions by 32 percent and sulfur emissions by 96 percent.

Calculating annual heating costs by the homeowner is not very easy. The homeowner needs to know the BTU load of their home, the true AFUE of their heating equipment, thermostat setting, and the number of degree days. I can get close to the right number with some professional tools, but for the homeowner it would be hard.

As a number of the comments said, there is more to an efficient system than the fuel. But, I still wonder about the perception of potential home buyers about gas, oil, propane, split-system electric heat, radiant heating systems and for that matter, pellet stoves, and modern electric baseboard.

One Response to "Propane heating"