The battle for who can safely be in public places has heated up between those who think public space is for everyone and those who think it is for “the right kind of people.” When the two sides battle it out in court, the legal language they use is about public accommodations.

In plain English, public accommodations include government places like parks, registries of motor vehicles and other permitting services, libraries, and city halls. Private businesses include places like hotels, restaurants, retailers, and grocery stores. 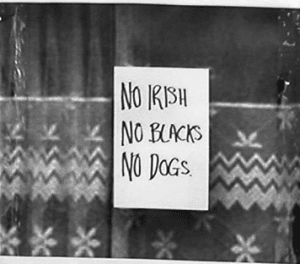 There are also state laws that broadly prohibit discrimination on the bases of race, color, religion, and national origin in places of public accommodation. (source)

To determine whether your state has such a law, you should contact your state or local human rights agency, or your state attorney general’s office. Here’s the link for Massachusetts.

There are people who think that some other people do not have the right to be in a public space. There are police departments who will support those claims. When this happens, harm can come to people.

Incidents where people have been told they do not belong in public spaces are piling up. They include situations where black, brown, and queer people have been subject to violence by civilians or to police interrogation or arrest for doing something most white people would do with impunity.

Stories where white people call the police on black and brown people are too numerous for me to link here. Everyone has heard about the Black men arrested at Starbucks for waiting for the whole group to arrive before ordering. It got public press because there is a growing number of such incidents, throughout the country.

Dark-haired people, who might be Muslim, Arab, or Latino/a also are suspected, when they are doing the same things everyone does, in airports and airplanes. Here’s one. Here’s another. You can Google around yourself, try “removed from airplane,” if you want to find more. It won’t take you long. While you are at it, Google “call the police” and you’ll see half of them are about white people calling the police on black or brown people who are minding their own business.

What will it mean to our society that people are not safe to go about their business, unharassed, in public places? It means that our rights to public accommodation are being violated.