In the past two years, the battle for ownership of public spaces has heated up between those who think public space is for everyone and those who think it is for “the right kind of people.” When the two sides battle it out in court, the legal language they use is about public accommodation. 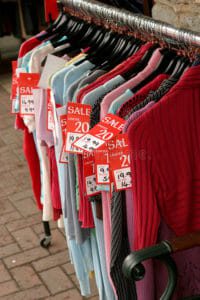 In plain English, public accommodations include government places like parks, registries of motor vehicles and other permitting services, libraries, and city halls and private businesses like hotels, restaurants, retailers and grocery stores.

There are also state laws that broadly prohibit discrimination on the bases of race, color, religion, and national origin in places of public accommodation. To determine whether your state has such a law, you should contact your state or local human rights agency, or your state attorney general’s office. (source)

There are people who think that some other people do not have the right to be in a public space. There are police departments who will support those claims. When this happens, harm comes to people who are minding their own business and going about their lives.

Incidents where people have been told they do not belong in public spaces are piling up. They include situations where black, brown, and queer people have been subject to violence by civilians or police interrogation or arrest for doing something most white people would do with impunity.

In The Nation, Laila Lalami writes about the increasing trend of those who shame, berate, or call the police on people they see as not belonging in our public places. She notices:

The language in these complaints—‘I pay,’ ‘I have every right,’ ‘they are definitely not’—is quite illuminating. It indicates a belief on the part of these white people that they are the custodians of public space and can enlist the police to enforce its boundaries.

Voting to Protect the Right to Just Be

Massachusetts is in a battle about public accommodation. Currently, our laws say that people in our State can be in public spaces, and they can use facilities that are designed for who they are. Public accommodation means being able to walk into a store a buy a dress, get an appointment to see a doctor, get on a bus, or sit where you want on the bus.

This includes allowing Black people into any restaurant, hotel, or store. This includes wheelchair accessible restaurants, stores, doctor’s offices, and bathrooms. It includes bathrooms with changing tables for babies.

Specifically, law in Massachusetts says that if someone lives as a woman, she may go into a store and buy a dress. She may get health insurance. She may see a doctor for her healthcare. She may take the bus home. She may use a public bathroom where she feels comfortable. She does not need to “prove” she is a woman. She just is.

Since October 2016, this non-discrimination law has been in effect in Massachusetts. Has it changed your life any? If you are not transgender, chances are you are not affected one whit. If you are transgender, it can make all the difference in the world.

Massachusetts Question 3, Gender Identity Anti-Discrimination Veto Referendum is on the ballot in Massachusetts as a veto referendum on November 6, 2018.