The difference between sex and rape is that rape is assault. Assault is defined as “an unlawful physical attack upon another; an attempt or offer to do violence to another, with or without battery.” Sex is an act of pleasure between two willing partners. Rape is assault of a person who does not give consent or is in a position where they cannot give consent to the sex act. How is consent defined? “To permit, approve, or agree; comply or yield.”

Does not give consent. In a relationship between equals, a simple, “no” should suffice. If the denied party doesn’t agree to that “no,” that party can discuss it, argue about it, or seek another willing partner.

Cannot give consent. Someone who has a knife to their throat or a gun to their head may comply or yield, but has not given consent. Why? Because the choice to comply is not freely given. It is given under life-threatening duress. Do you agree? 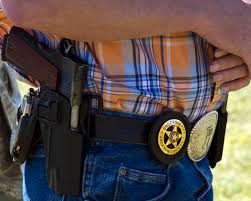 Is someone who is in prison able to give consent to the person who guards them? In prison, the guards have authority to give and deny privileges and inflict punishment. Their word can restrict phone calls or visits from friends and family. In some prisons, guards can inflict punishment, such as solitary confinement. The guards are also are charged with protecting the inmate, if there is violence threatened by other inmates. That protection, if denied, could be life threatening.

In this situation, is this enough duress to say that the prisoner cannot give consent? I think so, since they are at the mercy of the guard who is asking for sex. Do you agree? In New York State, the lawmakers agree. Prison guards are explicitly forbidden, by law, from having sex with prisoners, under any circumstances. Parole officers are also explicitly forbidden.

By saying “no sex” instead of “don’t rape” it both clarifies and obfuscates the issues. By saying “no sex,” the law removes the defense that prisoner or parolee was a consenting partner. They are saying that the professionals (the guards and parole officers) may not claim that they have fallen in love with their charges. It makes the act of sex illegal in any circumstance where the people involved are in an unequal relationship of prison guard to prisoner or parole officer to parolee.

If the law said “don’t rape,” the question of consent is on the table. So, the lawmakers’ decision was worded as any sexual act between people of such unequal power is rape and prohibited. Do you agree? 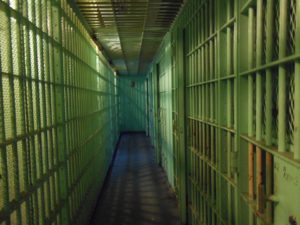 Rape and people in police custody:

Now, the link that started me thinking about this.

It is about police officers. The story outlines a gruesome case of police misconduct where a teenager was arrested, then raped in a police van. The policemen claimed that she consented. The title, Does Your State Allow Police to Have Sex with People They Arrest? makes it sound like sex between police and their prisoners is condoned. I dislike the title; it’s misleading. It is not “legal” for policemen to rape. It is not explicitly prohibited that any sex, under any circumstances, between police and captives is deemed illegal. I agree with that sentiment: any sex, under any circumstances, with people in custody is equivalent to rape; it should be illegal.

Police have too much power, and too much ability to harm a person physically when that person is in custody. Someone in custody cannot give consent. Sex without consent is rape. Professionals – in this case, the police – are in charge of the situation. They must see to it that no sexual relations occur with people in their charge. That bright line – no sex – removes all doubt about who is responsible when people are in custody have sexual relations with the police who arrested them. The police can say no to sex and make it stick.

Massachusetts is one of 35 states that do not explicitly prohibit sex between police and their captives.

Recently, this video on the issue of consent came across my Facebook feed. It is satire. But it doubly reinforces the point about rape and consent.

One Response to "Sex, Rape and Police"