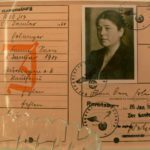 “Show your papers!” That sounds like something from a World War II movie. We don’t get asked to show it much, but most people carry their license or state-issued ID wherever they go.

Massachusetts is one of the states where the driver’s license/state ID does not meet the 2005 Federal standard. Starting March 26, 2018, they will. The next time you renew your license, you’ll need more identification to get your new one. If you travel by airplane after October 1, 2020, you’ll need a passport or other TSA-approved ID, to get on the plane (even for domestic flights) if you don’t have your new, improved license or state ID. (link)

The Federal change in ID standards was voted on in 2005, shortly after 9/11, when airport security weighed heavy on everyone’s mind. It will be enacted, finally, in October, 2020. That’s a long wait, if state licenses were making us vulnerable.

My concern is that the push to get compliance now is more about keeping track of people (citizens as well as immigrants) than about keeping us safe. Having tighter standards keeps better records of immigrants — documented and undocumented — by tying their ability to drive to a check of their immigration status. This will inhibit undocumented immigrants from driving or otherwise traveling within the U.S. Given the strong anti-immigration rhetoric from the current President, this makes me uncomfortable.

Now, about those licenses:

It’s no big deal for most people.

If you are a native-born American, with a copy of your original/official birth certificate, no problem. Just bring that with you when you renew; wait in line with everyone else with their birth certificates in hand, and renew. An American passport will do, too.

Non-citizens can bring immigration information that they would already have on hand. The registry will use the Systematic Alien Verification for Entitlements (SAVE) system to verify that information.

This change will disadvantage citizens who have problems accessing their birth certificates. These include:

Fees for birth certificates vary. In Massachusetts, it costs $50. In Connecticut, $20-30.  Native Texans pay $21.  There are companies, like this one, who will file for you, for an additional fee. The cost can add up, when you consider that the license costs $50 in addition. 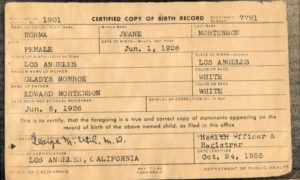 People who changed their name.

If you changed your name anywhere along the way through life, you may be required to show that you are the person on that birth certificate. (This is more likely for new licenses.) That requires a copy of your marriage certificate, or other name change document. If the Registry of Motor Vehicles wants to hassle people, they can use this as an excuse. This tactic has been used to discourage voters/ turn them away for lack of sufficient ID. I don’t suspect Massachusetts will do this.

This change will disadvantage immigrants (who are citizens.) Proof of foreign birth is generally more expensive than American birth certificates.

Immigrants who are not citizens:

Documented immigrants will have their licenses expire at the time that their legal residency in the US expires. A license for less than five years will be pro-rated for documented immigrants. I have not seen what additional fees will be incurred for renewals when their permit is extended. (I assume it will be a $50 new license fee.) They may also experience delays while their papers are checked through SAVE.

The people it is meant to disadvantage are undocumented people who cannot prove legal residency in America. With this new kind of identification, they are not entitled to driver’s licenses. So, to drive, they will need forged or otherwise fraudulent licenses. 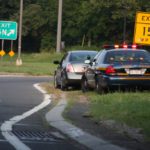 My concern is that strict rules about documentation may not be used only for airline safety. Just like ID requirements have been used to suppress votes at polling places, ID limits will make undocumented immigrants increasingly vulnerable when they travel, even by car. Will police be encouraged to pull over drivers who look foreign? Will that lead to more harassment of drivers who are immigrants, or simply look like they might be immigrants? 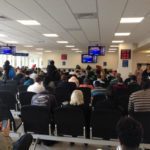 This is much more troubling than simply knowing that my next license renewal will take longer and be more annoying next time.

One Response to "Show Your Papers!"