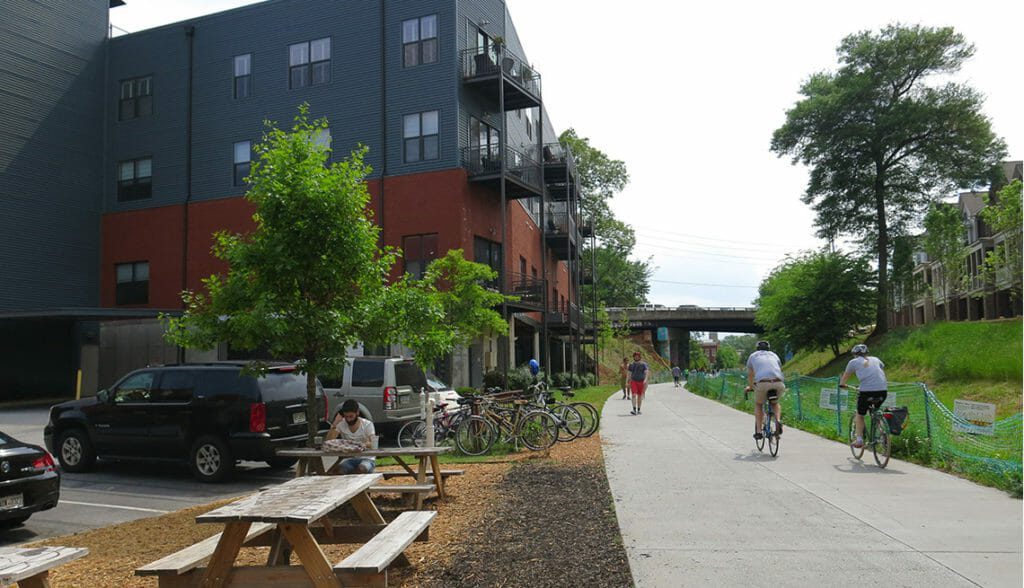 As a real estate agent, I have been hearing about the idea that towns and cities should build densely near transit stops. For the past 10-15 years, I have been encouraged to support what was called Smart Growth and, more recently, Transit-Oriented Development.

These ideas make sense, on the face of it. People who are young professionals or retirees benefit from being near transit. Both groups are more likely to do well in smaller living spaces and with a car-free lifestyle. Therefore, moderate-income young professionals and retirees can live happily in areas where the municipal zoning is denser than typical.

What doesn’t make sense is that housing values are significantly higher around transit stops. People want the convenience of having access to the subway, whether they have a car or not. This drives up prices for any housing within walking distance of transit stops. Why?

When real estate is more expensive there, business people who want to develop real estate know that they can get a higher return in those areas. People will pay more to live near the subway than for housing where people need to take a bus to get to the subway. Since transit-oriented building happens in more desirable, and thus expensive areas, this leads to building to suit a richer group of buyers and renters.

The goal of Transit Oriented Development is to create homes for moderate income people by changing the zoning to make housing more efficient (smaller, more dense, less car-oriented). The result, however, is to encourage builders to create luxury development on the expensive land near the subway.

When developers are creating luxury housing, the municipality will attract luxury housing buyers and renters. This changes the character of the real estate near the subways.

New construction aimed to suit luxury buyers and renters does little to help the demand shortage for moderate-income buyers and renters. It is likely to decrease the availability of housing for typical buyers or renters, because developers focus on changing what were typically priced parcels into luxury ones, thus further reducing the availability of residences for anyone other than the top price renters or owners.

It can be an awkward fit to have moderate-income residents living with luxury condo owners. Luxury condos are designed for rich people. Although everyone may enjoy the quality of the building, the properties are not designed or marketed to families with children who are willing to live in two-bedroom units. The amenities are often wrong (a gym, but no green space with a swing set, for example). A moderate-income young adult or retirees will fit better in these spaces. Because of this, families with children remain at a disadvantage.

On a national level, a 2017 tax break incentive for investors who rebuild poor neighborhoods (called opportunity zones) was enacted. It has its problems. Once again, developers build luxury condos, shops and businesses to revitalize the area. The result is that they further drive up the cost of area real estate. In addition, since the 2017 tax cuts, they save billions on capital gains tax.

Next week, we will be talking about real solutions for housing justice. (Hint: no town can do it alone.)