A Here and Now episode interviewed Michael Botticelli about his quest to change the language used regarding people with substance use disorder. He makes several points. What struck me was the power of social stigma and the words we use to describe people who have addiction issues. 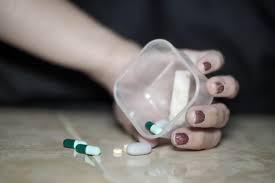 Only about ten percent of people with substance use disorder get treatment. Why so few? When asked, they say that they don’t want their neighbors and family to know that this is their problem.

Before you minimize the extent of the stigma, think about what image comes to mind when you say words like this to yourself: “Substance abuser, user, drunk, junkie…” For the most part, substance use disorder is seen as a moral failing, not an illness.

Drinkers are you and me; alcoholics somehow can’t control themselves. People who experiment with hard drugs lack moral character; addicts have no morality. People who use drugs belong in jail, not in treatment.

Is the image all that much better when you say to yourself “ex-junkie, clean alcoholic, former user…”?

Is there any wonder why people don’t want that diagnosis in their records? Using a term like “addict” carries judgment. It oversimplifies that person’s life, defining them by their substance abuse.

People with substance abuse disorder hold jobs, have families, have pressures, just like anyone else. Many don’t run afoul of the law, with the exception of possessing illegal drugs. It makes sense that they’d be reluctant to seek medical help. Meanwhile, they suffer and everyone around them suffers.

Even trained clinicians had a much more punitive response to “substance abusers.”

Other ways that language focuses on stigmatizing conditions: Domestic violence 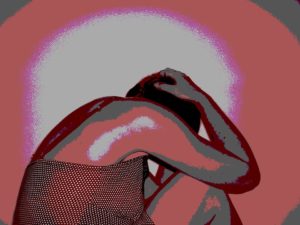 Women who are beaten carry the label ”battered woman”. Then, those horrible moments define her. The expression is passive — she’s battered. Who is the batterer? The focus is on the target of the aggression, not the man who beat the woman. (More on this by Jackson Katz at minute 4.)

How else can I say this?

A more accurate way to describe women who had an abusive partner would be “Some years ago, her boyfriend battered her, now…” Don’t erase the criminal. Don’t allow victim-blaming, if the conversation goes to “why does she date guys like that…”

Having the experience of being battered carries the pain of the events, but also the shame of having someone who was supposed to love you turn on you. This is made worse by the social stigma that assumes the target of battering somehow earned the abuse.

Think about whether you, too, carry these stereotypes in your head: Women have bad judgment to choose battering partners (and will do it again.) Children who grew up in abusive families will repeat the dysfunctional patterns they learned growing up.

I couldn’t find a study of medical professionals about their perception of women who were abused by their partners. I suspect that some of the same prejudices would appear, as with substance use disorder.

Could eliminating terms that place a stigma on people who are suffering help them get help? Even save their lives? Well, isn’t it worth a try?