How do you stay informed and stay sane? You’ve all seen the cartoon. David Sipress is the man who created it. In the New Yorker, he wrote about being a news cartoonist: here. 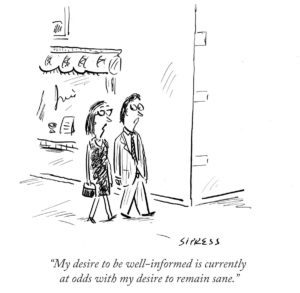 Remove sources of hyperbole and false news from your life

Vet the people: Last summer, I began to “write off” the word of people who went off on an outraged rant based on false information or exaggerated information. They post about all manner of illegal and immoral behavior being conducted by Clinton, Sanders, or Trump. Some of the accusations were true or partly true. But the level of outrage was, well, outrageous. I didn’t unfriend. I just stopped opening posts from those people.

To do: Do not open links about politics on Facebook, unless the friend posting is reliable. Do not open outraged posts unless you have already verified that the news is accurate.

Verify the news: I began to check almost everything I read for authenticity. Facebook remains a place for posts about things that never happened, bad things that happened years ago posted as if the just happened, and exaggerated things. These kinds of posts draw many clicks. Those clicks are counted and are good for business.

Snopes: I watched how often a news source showed up on the “false” or “unproven” categories on Snopes. (If you don’t know about Snopes, go there now. You can read my blog later.)

Snopes is a news verification source that should be your best friend. You input key words of a news story and find out if there is verification. You can send them a story for verification, if it isn’t there yet.

Google: A true story will be found on a Google search. Hallmarks to look for: similar information, similar dates.

I identified left-leaning and right-leaning sources that fall in the “false” category more often than not. Most are blogs posing as journalism. Some are partisan sites trying to stir up outrage. Some are blogs, prospering from click-bait titles and stories.

To do: Verify that a story is current and also mostly true before getting excited about it. Keep lists of news sources where stories are usually verifiable or usually false. Stop reading unreliable sources, even if they reinforce your politics. Develop your list of reliable source. Extra credit: subscribe and support reliable news sources. 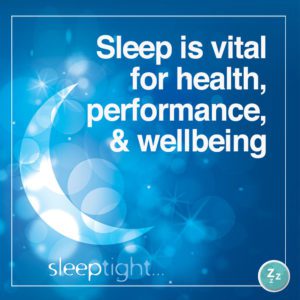 As of Day 72, these are my daily news sites: