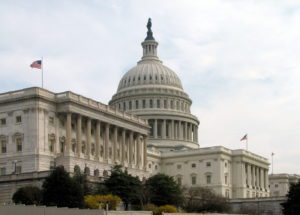 So what did he do? He flew to Washington to vote to open debate on the “skinny repeal” of ACA. McCain had surgery the week before. His absence would have stopped the process, for now.

Cue the haters on the left. Cue to posts about the hypocrisy of this government employee — with great health insurance — allowing the process to repeal ACA to begin. Cue the truly hateful who wished him personal harm during his illness.

Then what did he do? He voted against the repeal of ACA.

Cue the haters on the Right. Cue the Tweets of the Hater-In-Chief. Cue the shouts of joy and relief on the left. Example.

What else happened regarding this vote?

There were three Republicans who broke party lines. All three will face retribution, on Twitter and elsewhere. Yet, there’s a huge spotlight on McCain, who has the least to lose politically. How many articles like this have you seen?

Action item: Support the elected officials who are fighting the fight for ACA.

Republicans who voted against the repeal of ACA:

Democrats in Red States who voted against ACA:

When I need detail, I consult my in-house expert in American Politics, Dennis Fischman, Ph.D. In an answer on Facebook, Dennis explained that the Senate was designed to allow debate. However, the ACA debate was not a debate; the Senate cannot debate a complicated bill that has been created in committee and not circulated. “Debate” this week was checking off the box on the way to a partisan vote. Dennis wrote:

The point is that nobody knew what was in the bill. It had not gone through a normal legislative process before being brought to the floor. Once it reached the floor, there was not going to be a debate in any meaningful sense, only a series of votes to put positions on record and use raw power to squash objections.

None of this would be normal or acceptable even in the House of Representatives, which is by design much more of a sausage factory of legislation. In the Senate, it is outrageous. The sole reason for having a Senate (other than getting small states to agree to ratify the Constitution over 200 years ago) is to have a smaller body, each of whom faces re-election less often, take the time to deliberate over legislation. It is supposed to take a more thoughtful approach and block any ill-considered initiatives the House might come up with.

In this case, the Senate completely abdicated its role. To act as it did is to make the rationale for a bicameral legislature worthless. If we are going to have a Senate that neither follows procedures nor provides deliberation, we would be better off with no Senate at all. And that is what McCain and his colleagues voted for–something that completely contradicts the speech he gave immediately afterwards.

I don’t want to “understand” John McCain, on a personal level. I can’t begin to live in his shoes. First, he’s a white Christian guy. He’s been a prisoner of war, a U.S. Senator, a failed Presidential candidate, and is now someone terminally ill with brain cancer. I can only walk inches in those shoes. Senator McCain wields great power in this country. I can only hope that he sees integrity as a driving force in his quest for lasting legacy.

What I can do is support the less-senior Senators, who are more vulnerable. They are doing the hard work and will need to keep doing it.