Last week was the Jewish New Year, Rosh Hashanah (head of the year). Today is Yom Kippur (day of atonement). The services today parallel the ancient sacrifices made for atonement in Jerusalem. The sacrifices were to God, who managed life and death for a people who depended on rains at the right time, defense from enemies, and protection from pestilence.

When this post publishes, on Monday September 28th, Jews all over the world are

Others do not mark the day at all.

Last week, on Rosh Hashanah, I participated in a service called Tashlich, where I symbolically cast away what I don’t want to take into the new year with me. This year, I walked to the water, sang some songs, said some prayers of intention, then threw pebbles into the water.

What I meditated on was what I was letting go of; what I saw was ripples on the surface. It is the ripples the I take into the new year.

I gave myself a sixty-hour media fast during Rosh Hashanah. No email, no radio, no TV, no Facebook, nor other news. Yet, it took a New York minute for the news of Ruth Bader Ginsburg’s death to reach me. I heard about it before going to sleep on new year’s eve (Friday, September 18). It was part of the sermon given by my rabbi on Saturday morning. It is deepening my despair in the coming year. We do not have rain falling at the right time, we do not have defense against our enemies, and we are not safe from pestilence.

There is something remarkable about Justice Ginsburg dying on the last day of the Jewish year. She’d struggled with cancer after cancer. Yet her prayers to live another year ended before the new year began. 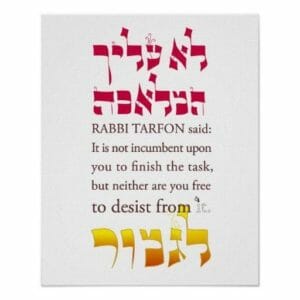 Her life goals were to work towards equality between the sexes. Was it achieved? No. Did she desist from acting? No. She used her privilege as a white woman able to get a college and professional education. She also benefited from her husband’s privilege and wealth, and used her power for good.

As a lawyer, she represented men seeking the rights women had, as well as women seeking the rights that men had. She was a judge at a time when the legal rights of women were growing. She worked on keeping that momentum going through her work with the ACLU, and then on the judge’s bench. Her work was strategic, building the case for equality. During her career, things changed. But, she also lived long enough to see the pendulum swinging back away from women’s rights.

The women’s equality legal work that she did changed millions of families. Sometimes the change came from her wins on the Supreme Court, and sometimes from the decent being taken up by other branches of the government.

When Ruth Bader Ginsburg started practicing law, women did not have these legal rights:

Women had no right to:

She was among the people who changed these things, but she was certainly not the only one.

I came into adulthood after the legal changes that lawyers like RBG worked on.

I had a credit card, without a husband. I have been called to jury duty; if I ever go to trial, there could be women on the jury. I could get birth control without a husband. I could go to an Ivy League college, if I was smart enough and could afford it. I have rights if I found out that my male counterparts were getting paid more than I was for the same work.

All those things made my life better, and were critical for families (not just women) all over America.

One of the cases RBG won had a direct effect on my life. In 1975, she won the rights of widowers to collect Social Security survivor benefits based on a deceased wife/mother’s income. Prior to this, only the lost income of a man in the family was compensated by Social Security, even though women paid the same payroll tax. Weinberger v. Wiesenfeld, was settled in 1975. I received survivor benefits derived from my mother’s income through my college years, which were shortly after this decision.

When I think of a life as achievements reached in isolation, life has less meaning. But, when I look at the ripples, achievement can be as vast as the seas.

* z”l. (Hebrew) Of blessed memory, may she rest in peace; used after a reference to one or more deceased people.