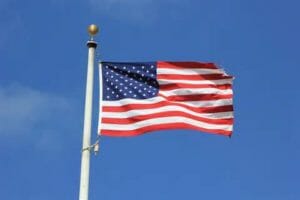 It is Veteran’s Day. The day we honor the service of men and women who leave home to train and defend our country. A big way to honor our vets is to question the association of PTSD and gun violence. Statistics show that between 11-20 percent of veterans have PTSD (since Vietnam). source PTSD does not turn veterans into terrorists.

On November 9, I opened up the news to another domestic terror event. A man shot random people in a bar. The man was described as veteran of Afghanistan and had PTSD. Another veteran, John Motter, posted that morning.

Today’s shooter in Thousand Oaks was a 28-year-old decorated former Marine machine gunner, who deployed to Afghanistan and was diagnosed with PTSD. You could write an almost identical bio for me.

While mental health treatment in this country is deplorable, a desire to commit mass murder is not a symptom of PTSD. This man was clearly deranged and I wouldn’t be surprised if he carried out similar atrocities on deployment (not that we would ever hear about it).  [emphasis mine]

Fear: After the Vietnam War, stereotypes about returning veterans were common on TV and in movies. If you believed the stories, former soldiers were a menace to themselves and their families. Common themes were that they slept with a gun under their pillow. That they drew weapons on people while they were in flashback – mistaking family, friends, and strangers as the enemy and shooting them during a hallucination.

John Motter has this analysis of why there is an uptick in gun violence. It is not because of PTSD.

It’s depressing as hell, but these shootings aren’t going away anytime soon…The fight against the Military Industrial Complex (MIC) is the same as the one against gun violence. These companies do not care what communities get terrorized with their products. Ground Game- Los Angeles is a hyper-local justice organization. [emphasis mine]

What can you do to support veterans? Understand PTSD. Don’t simply believe the stereotypes.

PTSD is a disorder that develops in some people who have experienced a shocking, scary, or dangerous event. Nearly everyone will experience a range of reactions after trauma, yet most people recover from initial symptoms naturally. Those who continue to experience problems may be diagnosed with PTSD. People who have PTSD may feel stressed or frightened even when they are not in danger.

Not every traumatized person develops ongoing (chronic) or even short-term (acute) PTSD. But those who continue to have these symptoms should be treated for PTSD:

Everyone has experienced physical reactions to life events. When something bad happens, our bodies send out stress-hormones to prepare us for fight or flight. It’s common and normal for someone to dream about — or wake up thinking about — a verbal argument that upset you some days or weeks before. It is common and normal to be nervous behind the wheel after a car accident. Most people experience some sort of anxiety symptoms shortly after a death of someone close to them. Sleeplessness, edginess, and short-temperedness are all normal grief. 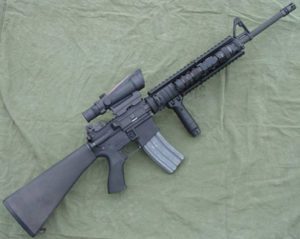 It is natural to have some of these symptoms after a dangerous event. Sometimes people have very serious symptoms that go away after a few weeks. This is called acute stress disorder, or ASD. Sometimes the trigger to that stress reaction gets calibrated into an “easy to trigger” setting.

PTSD is a condition where the nervous system of a person stays on alert for sudden danger. If you are around someone who can’t “snap out of it”, be aware that they can’t, not that they won’t.

When is help needed to treat PTSD?

When the symptoms last more than a month, seriously affect one’s ability to function, and are not due to substance use, medical illness, or anything except the event itself, they might be PTSD. Some people with PTSD don’t show any symptoms for weeks or months. PTSD is often accompanied by depression, substance abuse, or one or more of the other anxiety disorders. Adapted from NIH.

Being in a state of high alert all the time is exhausting. Many people with PTSD don’t sleep well, which is doubly exhausting. Exhausted people don’t think clearly, they often seem anxious or angry.

PTSD is not a weakness. It is a physical condition of the brain that is stuck on high alert.

Things get worse when PTSD is left untreated. The exhausted, not-clear-thinking person may also not be eating well and may not be taking care of business. A way to control disturbing memories is to isolate oneself from things that might trigger memories. They may numb the anxiety with alcohol or illicit drugs. A large number of vets fall into financial crisis. Nearly 38,000 are homeless. In 2018, Massachusetts veterans had a suicide rate of 20% (all state statistics here).

If you really stand with American veterans, support efforts to provide good health care, including mental health services, for our returning military. Don’t blame them for their condition. Support efforts to fix the Veteran’s Administration medical services and bring our veterans back, help them heal and be part of the best America has to offer.

2 Responses to "Veterans and PTSD"