Who takes the brunt of verbal and physical assault in public places? Immigrant women. Black and brown women, women in general.

According to the New York Police Department, bias incidents in New York spiked 400 percent in the two weeks that followed the election of Donald J. Trump, compared to the same period the previous year. The Southern Poverty Law Center, an advocacy organization that tracks hate incidents and provides tolerance training in schools, has released a report that stated that bias incidents surpassed the 1,000 mark between the election of Donald Trump and January 1, 2017. The vast majority of these incidents were directed towards immigrant women.

Even though Mr. Trump has left office, incidents against non-Aryan White people (sometimes called non-Nordic people) continue to occur throughout the country. 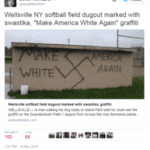 As a Jewish woman, raised in New York, bluntness comes naturally to me. Support for the common good is in my Jewish DNA; we call it “Tikkun Olam” (healing what is broken in the world).

Here’s my first attempt at it. I am running bystander intervention classes.  I launched in the winter of 2017 and ran them until the pandemic shut down in-person classes.

There are many ways to be part of the solution

Not all active bystanders take a speaking part. There are many support roles that are more suitable for people with more reserved personalities.

There are more and less safe ways to defuse a hostile interaction, I offer a class in verbal self defense as a recommended pre-requisite to learning how to be an active bystander. Then, in the active bystander class, we get up, move around and learn how to provide the most safety possible for a target of abuse.