Have you walked in the shoes of someone making $17 an hour? That’s $36,000 a year. This assumes that this is a full-time employee with 100% medical coverage. What would you give up to pay your bills? Try it.

It’s even harder to make it where I am living 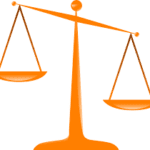 According to World Populations Review, the median income in Somerville, MA is about $117,141 as of 2020. That’s median: there are as many households with higher incomes than that as there are with lower incomes. It was $73,000 a year, as of 2015, only five years before.

Census information from 2020 is not complete yet. To look, census block by census block, go to the map on this page for Somerville, here. There’s a big difference between most of 02144 and most of 02143 or 02145. Is it any wonder that people are concerned that Union Square is headed the way of Davis Square? There is a similar map for Cambridge. Here.

If you can’t make ends meet, you certainly can’t save

A more complete simulation of how to live on a low income was developed by Urban Ministries of Durham. I got two rounds in before I was busted. How would you fare? Try it. I made it for 14 days before debt broke me. How long can you go?

If people are just getting by, anywhere, they are not in a position to save up to improve their situation. On $50,000 in the Boston area, how can you save to move? You’d need first and last month’s rent, a day or two off to do the physical move, you’d need a job that starts right away at the other end. Without savings…hopeless.

In other parts of the country, the rent is lower, but so are the wages. What is a working family to do? 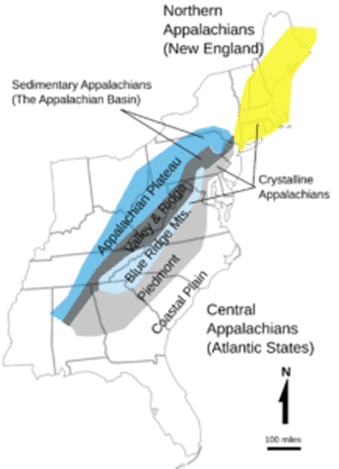 Have you read Hillbilly Elegy by J.D. Vance?  It has become a trendy book in understanding the family structures and social history working poor in America.

Here we are, in greater Boston. About half the people who live here were born here. A worthy chunk of the rest came for college or better jobs.  Where did Boston area residents come from? What did they leave behind?

Some come from foreign lands. Some from cities and towns in within prospering economies in America. Others come from small towns, where there are no jobs that afford them the “Boston lifestyle.”

If they are like J.D. Vance, they left parts of America where the manufacturing economy tanked, and was not replaced with other economic engines. He writes in a recent Op Ed: here

In recent months, I’ve frequently found myself in places hit hard by manufacturing job losses, speaking to people affected in various ways. Sometimes, the conversation turns to the conflict people feel between the love of their home and the desire to leave in search of better work.

That is the stress of the emigrant and the immigrant. Leave the people and landscapes of your formative years, leave the culture of your family. For what? For a chance at economic prosperity.

Those who leave for college, then stay here for a job, are part of a well-worn track of brain-drain out of small-town America. Some go to college elsewhere, but are drawn to the big high-tech and bio-tech opportunities here. Some just come for the jobs. Many stay.

In his memoir, Hillbilly Elegy, Vance tells of his growing up in an Appalachian family and his road to “success.” But that success came at a price. His life in the Silicon Valley exposed him to people who write off his homeland and its people.

And when we’re surrounded by polarized, ideologically homogeneous crowds, whether online or off, it becomes easier to believe bizarre things about them. This problem runs in both directions: I’ve heard ugly words uttered about “flyover country” and some of its inhabitants from well-educated, generally well-meaning people.

I hear Eastern Massachusetts people who sound a lot like those Silicon Valley folks that were dismissing Vance’s homeland. These are common things I read and hear here: “I couldn’t live in the South.” “How can he stand to live in the middle of nowhere?” “I feel bad for the people I read about who live in Red States.”

Some even insult the people there. Were those people smarter, or more ambitious (Massachusetts folks sometimes say), they’d leave. How do you think that sounds to someone who grew up in the south, or in the middle of nowhere, or in a Red State?

J.D. Vance is stuck between two worlds: his polarized White Appalachian homeland and his polarized well-educated, economically successful, liberal California friends. Now he’s going back to Ohio. He wants to work at changing the economy there. He gives a shout-out to others who have gone home to work in the economies they grew up in. He’s headed there to work against opiate addiction. Could you do that? (PS, we have a huge opiate addiction problem here, too.) It is an important experiment he is doing. I wish him success. Real success. And happiness.

I am not the only working-class-raised, college-educated person to remark, “My family had a lot of the same contradictory values.” People I know from coastal Maine and southern Mississippi see some of their family and social values in his story. I am somewhat concerned that Mr. Vance has confused hopelessness with a lack of personal integrity. His more recent remarks just make me worry more.