What stands out for me this year? Oddly enough, it was a junk hauling company in Toledo Ohio.

In September, when I wrote about going to Ohio to clear my brother-in-law’s apartment, I was still focused on Joel’s dog, Susie. I only gave passing recognition to those junk hauling people. This is what I wrote, then:

How it turned out:

This turned out very well.

I found a company that would haul the unusable things to a dump and also move the usable things to a veteran’s charity. That took a few calls. Some movers would take everything to the dump. Some refuse companies only provided dumpsters, not muscles. No charities are picking up, in that area.

We did A and B with the same people! It was wonderful!

When I look back, after some months have passed, I keep going back to the depth of my appreciation for the junk hauling company who emptied and donated Joel’s things. The men who work for JDog in Toledo, Ohio were into their mission, and told me immediately what it was. The website for every office has this statement:

“We’re JDog Junk Removal and Hauling, the trusted team of Veterans and Military family members who are eager to serve you and haul away your junk in [city added here]. Serving you with the same values with which we served our country—Respect, Integrity, and Trust—we also responsibly donate and recycle 60% to 80% of the items we haul to keep as much out of the landfill as possible. No project is too big or too small, whether you are tackling a home renovation project, clearing out your attic, or cleaning up yard waste. JDog Junk Removal & Hauling is ready to serve our historic community. Give us a call today at 844-GET-JDOG.”

I didn’t set out to find a veteran’s organization to do our hauling and make a large material donation to, but their values matched our values and needs. I liked the “Respect, Integrity, and Trust” part. We wanted the apartment cleared. We wanted the useful things used. We wanted the landfills not filled up with useful things. Making a dent in the mountain of need for veterans was icing on the cake.

The people we met at Toledo JDog were just awesome. Respect, Integrity, and Trust, yup, in spades. I spoke to a coordinator who set our moving date and answered questions not once, but about four times. When the guys came, they did more than dispatch the stuff. The owner of this franchise told us about where the stuff was going. We talked about Joel and his collections of things that, in many ways, expressed his life. I appreciate that he gave us room for that. It is not the conversation I expected to have with a middle-aged war veteran.

Joel and his things

My brother-in-law, Joel Fischman, caused himself great harm in his 30’s and 40’s by working ridiculous hours in order to be a “successful lawyer.” He burned out to a charred ember. It took him years to get back to work with a reasonable work-life balance. 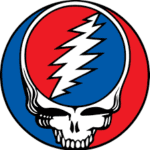 What he learned in the crash-and-burn time was that he needed to find joy. His personal possessions reflected that new lease on life. His spare bedroom was not an office: it was a hobby room. It held hundred of CDs of music he loved. It held boxes and boxes of fishing gear.

Music, fishing. Throughout the apartment were items to amuse and care for his dog, Susie. Susie. Among his things were invitations, citations, and pictures of things he did with the people he loved. People he loved.

When we showed the music and the fishing gear to the guys at JDog, one remarked that Joel had a good life. He said something like “I don’t love anything as much as he loved music and fishing.” (He didn’t see the dog items; Susie the dog had those. Nor the personal items; we had those).

That insight was a big gift. One of the bigger ones of 2022.