Remember in 2013, the Boston Marathon? That was a Monday. We actively worried until we had reliable news about our friends in the race.

Remember the slow-burn of fear all week? Remember the trickle of news – reliable and not reliable? Remember staring at the news, learning nothing that was conclusive, then looking away?

Remember being told to shelter in place on Friday? Remember checking in to news sources who said “He’s somewhere in south Watertown, no other news.” Where was he? Would he carjack someone else? Remember learning nothing that was conclusive? Remember trying to do anything else, and failing?

Was there a crisis in your town that struck you like this? There have been in many towns and cities in America. Mass shootings, bombs, acts of terrorism or domestic violence writ large happen here in America, with alarming frequency. 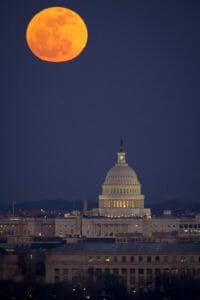 Some acts of violence are national events. January 6, 2021 will be one of them. September 11, 2001 is another. I can name many more that we’d all agree on: JFK assassination, Pearl Harbor Day…

I can name some others that have fallen out of American collective memory, too. Do you recall the anniversary of Oklahoma City? Sandy Hook? Tree of Life (Pittsburgh)? If you don’t live in Nashville, has the bombing there 18 days ago stayed in your consciousness? That was suicide, so it doesn’t concern you, right?

I am not being critical when I say “So, it doesn’t concern you, right?” I am being real. Phase one of any crisis will be (and should be), “Are the people I love safe?” Phase two is, “Is my community safe?” When the community – or the country – is not safe, the fear lingers until you find information that calms you that your community – or country – will be OK.

In the course of seeking out information about the current situation, you will find reliable and not reliable information. The best thing we can do for one another is the curate the flow of information in our spheres.

Today, I share the wisdom of my communications advisor, Dennis Fischman at Communicate! Consulting. This is his advice about how to share quality communication in the time of crisis:

Because the attack on the Capitol is so highly politicized, there are hostile conversations breaking out on social media. So, when you are doing #4 above, practice your best verbal self defense, especially online.

Don’t answer in the comments on the offending post.I know you want to say, “That is not true. Actually XX is true and here is a link.” Just don’t. It could get followed by a pile-on. Instead, create your own turf. Take a screenshot of the misinformation. Then post your opinion of it.

This solves a number of problems:

I suggest you delete ad hominem comments until your audience learns how to behave like adults. This still leaves room for dissenting opinions, as long as they are civilly stated.

Everyday Feminism did a graphic blog with more pitfalls of debate people online.

For the immediate future, remember this

As the information about what happened on January 6 trickles in, pay attention to your information sources. Try not to get stuck on overly negative or overly positive information, until you have verified that it is true.

Whatever “January 6” was — or meant to be — is not over. There will be more violence on January 20, as the people who staged the events of January 6 come back to protest the inauguration of the 46th President of the United States.